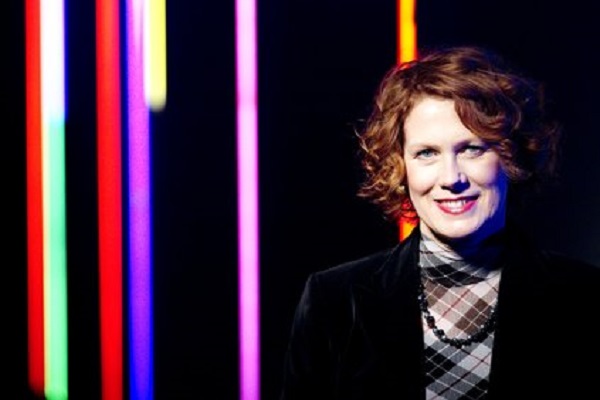 Elizabeth Ann Macgregor, Director of Sydney's Museum of Contemporary Art for more than two decades, is to step down from the role.

Macgregor, who is acknowledged for transforming the MCA into the most visited contemporary public art gallery in the world, announced today that she will step down in October.

Taking the MCA's Director role in 1999, when the MCA was just eight years old and in financial difficulty, 62-year-old Macgregor’s five-year contract expires in December.

Prior to last year’s Coronavirus enforced closure, more than 1 million visitors - almost half under the age of 35 - pass through the attraction at Sydney’s Circular Quay each year.

A surprise choice when appointed, Macgregor is credited with pulling the institution back from bankruptcy and cultivating the public conversation about contemporary art.

During her time as Director, Macgregor implemented free admission, attracted millions in philanthropic donations, oversaw a major redevelopment, championed Indigenous art - including overseeing a world-class survey of bark painter John Mawurndjul in 2018 - and lobbied the government to invest in the arts in western Sydney, controversially becoming then NSW Premier Mike Baird’s ambassador for western Sydney and backing the relocation of the Powerhouse Museum to Parramatta.

NSW Arts Minister Don Harwin said Macgregor had led the emergence of a great contemporary art gallery in Sydney and been an extraordinary contributor to the arts, today commenting “she is a real thought leader … while her eventual return to Britain has been anticipated, she will be nevertheless greatly missed.”

Despite sourcing just 23% of its funding from government grants, under Macgregor the MCA wiped the general admission fee, making up the shortfall in revenue by monetising the cafes and bookshop, and encouraging members of the public to make donations.

The drive for philanthropy also expanded significantly under Macgregor’s leadership, and when the museum embarked on the $53 million expansion in 2012, the MCA’s then Chair, Simon Mordant, donated $15 million towards the project.

The MCA’s current Chair, Lorraine Tarabay, said Macgregor had left an enormous legacy, adding “Liz Ann is a visionary who has expertly steered the museum from the brink of insolvency when she arrived to the vibrant, thriving organisation.

“During her tenure, the MCA has expanded to include the National Centre for Creative Learning (NCCL) and increased its audience more than tenfold … While we are deeply disappointed to see Liz Ann go, we understand and respect her decision and thank her for her enormous contribution to not only the MCA but contemporary art in Australia.”

Having trained as an art historian at Edinburgh University, Macgregor began her career in the art world as curator - and driver - for the Scottish Arts Council’s travelling gallery, using a converted bus to take exhibitions to local villages, inner city estates, schools, hospitals and prisons.

Moving to the Arts Council of Great Britain in 1985, in 1989 she Decame director of one of the UK’s leading contemporary art galleries, the Ikon Gallery. Under her leadership, the gallery moved to new premises and developed a reputation for showing artists from around the world and from different backgrounds, responding to the cultural diversity of the city of Birmingham.

Moving to the MCA in 1999, another of her achievements was overseeing the expansion of the gallery - a project completed in March 2012, deliverint new galleries for the collection and exhibitions.

She has also spearheaded the campaign to develop the MCA’s national and international profile, as Australia’s Museum of Contemporary Art dedicated to exhibiting and collecting contemporary art.

In 2011 she received an OBE in the Queen’s birthday honour list and the Australia Council Visual Arts Medal. In 2016 she was named NSW Creative Laureate and one of Australia’s 25 True Leaders by the Australian Financial Review. In 2019 Macgregor received several accolades signifying her continuing contribution to the MCA and her influence on contemporary art in Australia.

Macgregor said her immediate plans following her October department were to return to her native Scotland with her partner, Peter Le Gras.

The MCA board will now embark on an international search for Macgregor’s replacement.