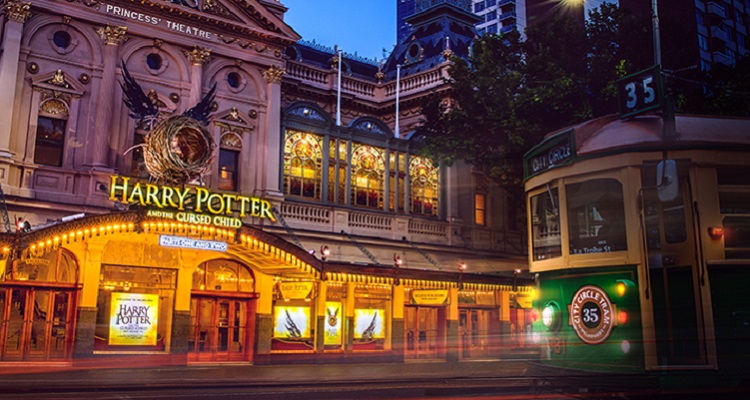 After a 49-week hiatus, the theatre production of Harry Potter and the Cursed Child has reopened in Melbourne.

Halted due to the Coronavirus and Melbourne's lengthy shutdowns, the production resumed at the Princess Theatre last Thursday night (25th February) with a COVIDSafe Plan in place to protect cast, crew and audience members.

Originally set to run from 18th March to 12th April last year, the production was halted after Victoria's first Coronavirus State of Emergency was declared.

Now operating with a crowd limit and with audience members required to wear masks, Melbourne is the first city in the world to recommence performances of Harry Potter and the Cursed Child after the show was halted in London, New York, Hamburg and San Francisco.

Commenting on the reopening, Producers Sonia Friedman, Colin Callender and Michael Cassel issued a statement advising "we would like to extend our heartfelt thanks to all Victorians and the State Government for their commitment during these extraordinary times, and for allowing us to safely return. We are thrilled to congratulate Melbourne as the first city in the world to re-open Harry Potter and the Cursed Child and extend a special thank you to our loyal audiences who have stuck with us.

"On behalf of everyone in the Harry Potter and the Cursed Child company, we can’t wait to welcome you back.”

Optimistic about welcoming audiences back to the Princess Theatre, Cassel went on to say “Melbourne and Australia will be a beacon of hope for everyone."

Based on an original new story by J.K. Rowling, Jack Thorne and John Tiffany, Harry Potter and the Cursed Child is the eighth story in the Harry Potter series and the first official Harry Potter story to be presented on stage.

The critically acclaimed play has won 24 major theatre awards in the UK and is the most-awarded production in the history of Britain’s prestigious Olivier Awards, winning a record-breaking nine awards including Best New Play and Best Director. The play opened on Broadway in April 2018 to rave reviews and won multiple Tony Awards.

Harry Potter and the Cursed Child broke Australian theatre records after its first opening from early 2019, attracting over 320,000 people, making it the most successful play in the country’s history.