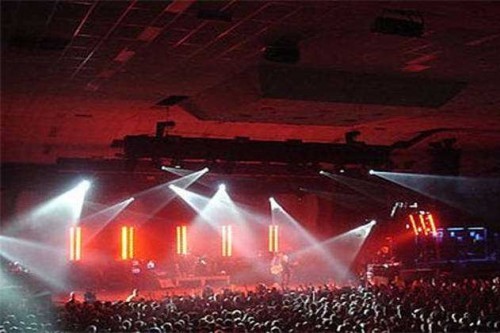 The recent change of ownership of Melbourne’s Festival Hall marks the end of the Wren family’s 60-year involvement with the venue.

Opened in 1915, the former West Melbourne Stadium has been a Melbourne institution, hosting major events such as boxing, music concerts and professional wrestling.

After being destroyed by fire in 1955, it was purchased by John Wren and reopened as Festival Hall in time to provide the venue for several Olympic Games events, including gymnastics and wrestling, the following year.

The venue quickly became the venue of choice for big-name acts performing in Melbourne with The Beatles, Johnny Cash, Frank Sinatra, Shirley Bassey and Ed Sheeran all gracing the venue’s stage over the years.

However, with Melbourne’s newer venues attracting performances and events that would previously have gone to the Festival Hall, the Wren family’s Stadiums Pty Ltd first sought to redevelop the site and, after a heritage listing prevented that, put the property up for sale in 2017.

Purchased by evangelical church Hillsong last year, the sale sees the end of the Wren family’s involvement in venue management, the last of a string of venues the family business once owned in Melbourne, Sydney and Brisbane.

The sale has also precipitated the retirement of the Festival Hall’s Director, John Wren.

With St John Ambulance Victoria having provided services to the venue over six decades, its Chief Executive, Gordon Botwright recently wrote about the organisation having provided medical assistance to hundreds of thousands of patrons during this time.

Explaining that the Festival Hall is deeply ingrained into the history of St John Victoria’s Event Health Services Department, Botwright commented “for over 60 years our people have provided essential first aid services at countless events at the venue, aiding those in sickness, distress and suffering.

“Throughout this time, Festival Hall’s owner John Wren and his family have been one of our greatest and loyal supporters.

“We’re so grateful to John and his family for continuing to have us on board for all these years to provide our services at some of Melbourne’s most historical events.”

Some of the Festival Hall’s major events over the decades: