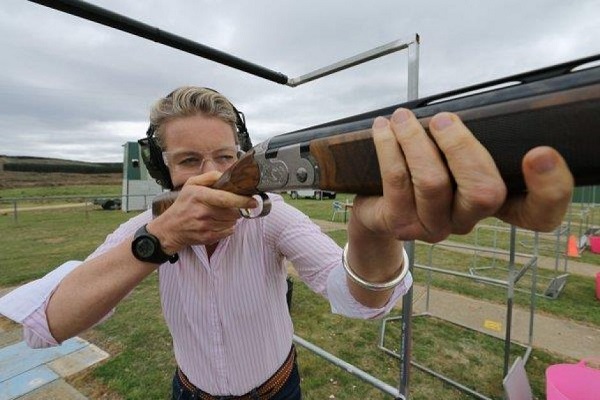 Deputy Nationals leader Bridget McKenzie is under further pressure to resign from Federal cabinet following new revelations of her interference in the Community Sport Infrastructure Grant Program prior to the last Federal election.

The ABC has reported that when serving as Federal Sports Minister, Senator McKenzie was warned by Sport Australia that the grants scheme was being compromised by political interference.

Sport Australia reportedly raised concerns about the controversial $100 million program, with its recommendations being ignored. Examples included projects in both marginal and safe Coalition-held seats to which Sport Australia had assigned low scores that nevertheless received funding.

Beyond this, the ABC’s latest revelations show spreadsheets used by Senator McKenzie’s office to determine which clubs would receive grants, colour-coded by which political party held the seat.

It revealed that 94 of 223 projects deemed ‘successful’ in the pre-election round of funding would have fallen short of Sport Australia’s threshold while some of the projects that were deemed most worthy of funding missed out.

Sport Australia gave each project a ranking out of 100 based on three criteria: community participation (50%), community need (25%) and project design and delivery (25%).

The cut-off for funding was reportedly a score of 74 out of 100.

Senator Mckenzie’s decisions appear to have funnelled money to projects in marginal seats that the Coalition felt it could win at the last Federal election while also backing schemes in seats held by close Coalition allies.

According to a scathing report from the Australian National Audit Office, released on 15th January, 73% of the projects Senator McKenzie approved were not recommended by Sport Australia.

The ABC report for the first time provides examples of applications judged meritorious by Sport Australia but rejected by Senator McKenzie, including a roller derby upgrade in the safe Nationals seat of Gippsland, which did not receive a grant despite a rating of 98%.

Meanwhile, the report said the Pakenham Football Club in the Victorian Liberal-held marginal seat of La Trobe received a $500,000 grant despite having an assessment score of 50%.

The Wangaratta Clay Target Club reportedly received a score of 69%, below the threshold but it received a $36,000 grant after gifting Senator McKenzie a membership, something she failed to disclose on her Senator’s register of interests.

Two projects in Prime Minister Scott Morrison’s electorate of Cook were also below the threshold: the St George and Sutherland Shire Giants baseball club, with a score of 67, and Sans Souci Football Club, with a score of 59. Nonetheless, they received funding.

Other examples included the Hawthorn-Malvern hockey centre in Treasurer Josh Frydenberg’s seat of Kooyong, which was granted $500,000 with a score of 62 and a rugby union club in Adelaide’s eastern suburbs which won a $500,000 grant for facilities including new female change rooms despite not fielding a women’s team since 2018 when it was embroiled in a sexism controversy.

The club, located in the Coalition-held marginal seat of Sturt, was awarded the maximum available grant from the program just weeks before the 19th May election.

Announcing its success in securing the grant, the club thanked the offices of the then Liberal MP Christopher Pyne and the state Liberal deputy leader Vicki Chapman, who is also a club sponsor.

Sport Australia concerns
The ABC reported that Sport Australia’s Executive Director of Sport Partnerships, Robin O’Neill, emailed Senator McKenzie’s then Chief of Staff, Richard Hyett, on 6th March, asking that he note the concerns of Sport Australia detailed in an email the day before.

O’Neill reportedly wrote “our actions have been driven by our responsibility to provide the best advice to the Minister.”

Australasian Leisure Management understands that the awkward situation in which she was placed contributed to Sport Australia Chief Executive, Kate Palmer announcing her resignation last October, although no other media have reported this.

Following the revelations of the colour-coded spreadsheets current Federal Sports Minister, Richard Colbeck, said in a statement he had asked the Secretary of the Department of Health and Palmer "to provide me with an assurance that documents provided to the media relating to the assessment of Community Sport Infrastructure Grants did not come out of their agencies".

Federal Department of Prime Minister and Cabinet Secretary Philip Gaetjens is currently investigating the scheme to see if ministerial rules were broken.

He is also scrutinising the grant Senator McKenzie awarded to the Wangaratta Clay Target Club.

Image: Senator McKenzie at the Wangaratta Clay Target Club. Courtesy of the Nationals.