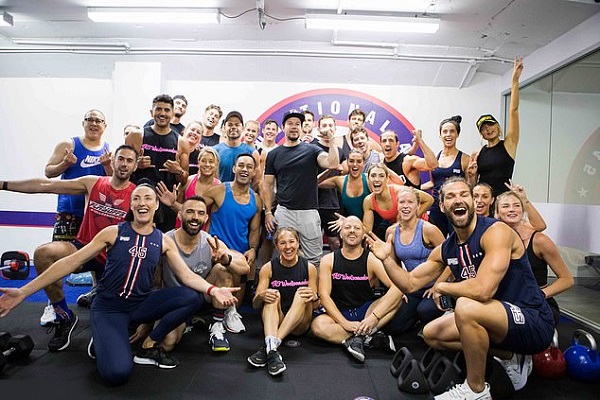 Global fitness group F45 Training is reported to be maintaining its legal dispute against competitor Body Fit Training after ending its plans for a listing on the USA’s NASDAQ exchange.

Founded in Sydney, F45’s functional high-intensity interval and circuit training studio’s have expanded around the world with the group entering into a deal in June to merge with Crescent Acquisition, a special purpose acquisition company backed by investment firm Crescent Capital, which would prompt its listing.

While the combined company was valued at $US845 million, the agreement was terminated in October.

In a joint statement, Crescent Capital Executive Chairman Robert Beyer and Chief Executive Todd Purdy subsequently advised “while we remain optimistic about the current performance and long-term growth prospects of F45, the prolonged uncertainty around the pandemic has challenged our ability to successfully complete the business combination.”

Founded in 2013 by Rob Deutsch, Luke Istomin and Chief Executive Adam Gilchrist, F45 currently has  1900 franchises sold across 40 countries including 500 in Australia. Hollywood actor Mark Wahlberg is among its investors.

Its ongoing patent infringement dispute with rival fitness chain Body Fit Training, due to be heard in a US Federal Court, alleges innovation patent infringements relating to the management of its franchises through a central computer system. 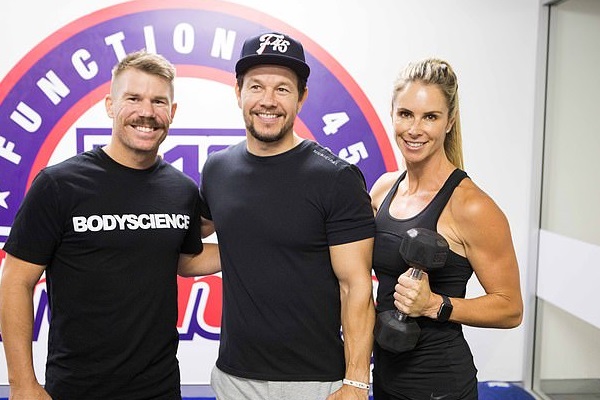 F45 Training alleges it had suffered financial loss as a result of franchisees who would otherwise have bought a franchise from F45 Training but bought one from Body Fit Training instead.

In its defence Body Fit Training denied it operated open studio environments like F45 Training and instead pointed to fixed equipment, including rigs, astro turf tracks and ski machines in each studio.

Body Fit Training was started by former AFL strength and conditioning coach Cameron Falloon in 2017 and the business is expected to turn over more than $11 million next year.

While reported to have completed two weeks of mandatory quarantine at a luxury retreat in Byron Bay, other reports suggest Wahlberg may have been allowed a quarantine exemption.

Images: Mark Wahlberg poses with exercisers at F45 Woolloomooloo (top) and with David and Candice Warner (below). Credit: F45.