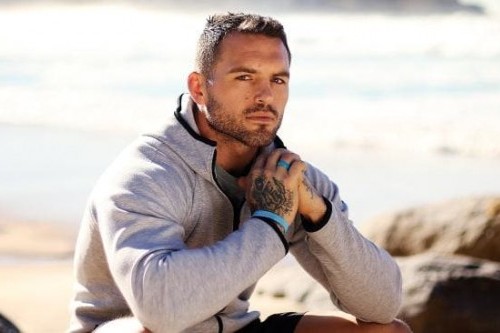 As one of Australia’s top fitness influencers, Conn will use his role as Wellness Director to drive the expansion of CWG brands Anytime Fitness, Orangetheory Fitness and Massage Envy.

He will also dedicate time to digital content and visit franchise locations across the country to educate, train and support the coaches and members at a community level.

Commenting on his move, Conn explained “I was very happy at F45 Fitness in my prior role and extremely privileged to have met so many members around Australia and the world, but it got to the point where I knew I could do bigger and better things."

“It’s going to be busy and I’m really looking forward to supporting the CWG growth strategy to get to 1000 locations.

“The more locations, the bigger our reach. I’m passionate about being mentally and physically fit and I’m committed to helping CWG inspire the nation to take action and put their wellness first.

CWG Chief Execuitve Arthur McColl is excited about Conn's appointment, adding "we’re thrilled to have Dan on our team — he lives and breathes wellness and this aligns perfectly with our holistic approach to health and fitness.

“We want people to think about what wellness means to them personally, and Dan will help us on our mission to educate Australians to understand that a healthy mind, and recovery are equally as important as your level of fitness and how often you work out.”