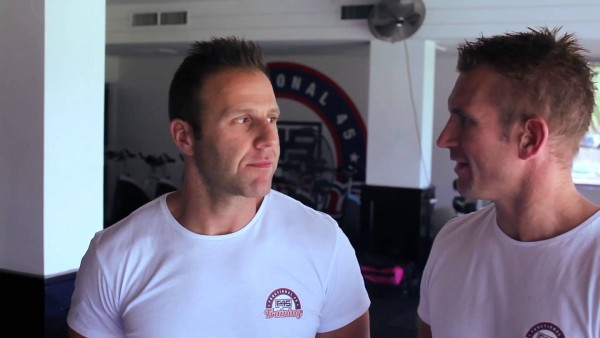 With close to 500 studios in Australia and 750 around the world, the business is based on providing an ever-changing, high-intensity 45-minute workout focused on motivation, innovation and results.

For participants, motivation comes from trainers who cruise the floor during classes offering encouragement and corrections to form, a system compared to being “like having a personal trainer, but one you can actually afford”.

The workouts mix functional movements with high-intensity interval training in a boutique studio environment with a strong emphasis on teamwork and community.

Some classes have more of a cardio focus; others are aimed at building strength and stability with resistance training. And sometimes, the two are combined for a particularly gruelling workout.

Studios are innovative spaces with slick F45 branding and LED screens that play the day’s selected workout (and more importantly, show how many more sets and reps participants need to complete before the next break).

F45 began in Sydney in 2012 when former equities trader Rob Deutsch spied a gap in the health and fitness industry. Along with personal trainer Luke Istomin, F45 was created as a way of challenging traditional gyms in offering a better way for members to get results.

As Deutsch explains "people were turning up to normal commercial gyms with very little innovation and results.

"They turn up on average once a month and it's really bad in terms of how much usage they get out of it. The people who get results have a personal trainer but not much of the population can afford to pay $90 a session three times a week. It's offensively expensive." 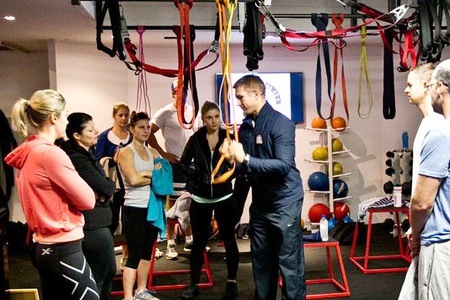 Deutsch and Istomin turned their Sydney-based business into a franchise and with some clever social media and marketing, sold his first 10 studios. That number has now grown to its current global footprint.

Deutsch adds "we're easily faster growing than McDonalds. We're the fastest ever franchise rollout in Australia and we believe in the world. McDonald's, Subway, Dunkin' Donuts didn't even go close to that.

“We are the fourth fastest growing franchise in the world."

Set up costs are low compared to traditional gyms due to the limited amount of equipment used at F45.

Deutsch continues “there’s not a huge amount of equipment involved and it keeps us versatile. "We definitely don't have those big cumbersome old school treadmills, elliptical machines or squat racks. Anything that can't be moved to the side we don't use."

F45 attendees pay $55 a week and can train as often as they want.

For franchisees, Deutsch continues “turnover is around $400,000 per annum for each unit ... they are good little businesses.”

Initially Deutsch didn't spend any money on marketing F45, recalling “we got a little bit of traction on social media.

"The first five to 10 studios were all sold through social media. The two most powerful marketing tools for us are social media and word of mouth."

Looking at the Australian fitness market, IBISWorld predicts revenue will grow at a compound annual rate of 9.3% over five years, to reach $2.1 billion.

Bruce Billson, head of the Franchise Council of Australia, backs growth in the sector, adding “in the health and wellness space there is abundant positive momentum with people focusing on their personal health and seeing franchised businesses being able to support that ambition in an accessible way.”