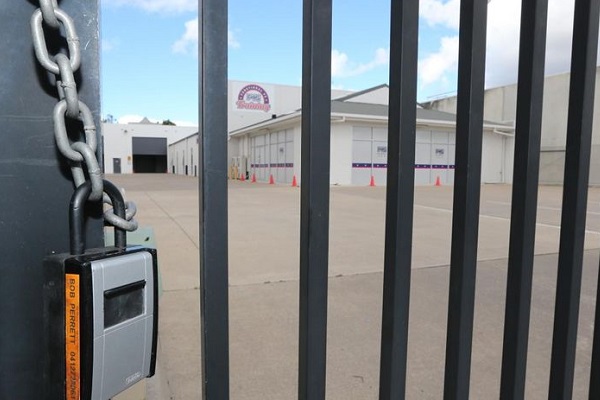 Members of the F45 gym at Helensvale on the Gold Coast are concerned that they have been unable to access the facility since last weekend.

Members are looking for an explanation as to why the popular gym - which it is understood to have had more than 500 members paying a minimum of $55 a week at one stage - was abruptly shut with its gates padlocked.

As reported by the Gold Coast Bulletin, landlord Bob Perrett padlocked the gates of the property last Saturday, preventing F45 franchisee Michael Hughes and members from accessing the site.

Amid speculation that Hughes may have been behind in rent, Perrett declined to comment, telling the Bulletin “that’s a confidential matter between myself and the tenant. I wouldn’t disclose what’s wrong.”

An email sent out by F45 on Wednesday morning advised that the gym’s closure would be “temporary”.

It advised “we sincerely apologise for any inconvenience caused due to the sudden and temporary closure of F45 Helensvale.

“We are working with the owners to have you back in the studio training ASAP.”

F45 moved to dispel member concerns that their membership fees might be still deducted, advising “all membership direct debits will be paused until further notice.”

When contacted by media, a spokesman for the F45 franchise didn’t specify what had prompted the gym to close.

The spokesman told the Gold Coast Bulletin “we are working with the owners of F45 Helensvale and the landlord on a solution.

“Helensvale F45 members are our utmost priority and we aim to have them back in studio and training as soon as possible.”

Hughes’ gym business was formally named The FourFive and trades through a company named Hughzibear, with Hughes as its sole director.

The gym’s Facebook page is no longer active as of today.

Images: The padlocked F45 Helensvale gym (top, courtesy of Mike Batterham) and yje gym while in operation (below, F45 Helensvale/Facebook).