F45 launches new model for youth and over sixties 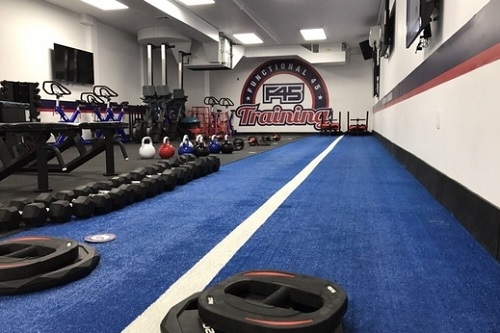 Known as F45X, the latest innovation from the group features Prodigy for 11 to 18-year-olds and Masters for over 60s.

Rob Deutsch, F45 owner and founder said on-going demand, from both members and franchisees was behind the new model integration.

“It’s something that’s been on the radar for quite some time but now we’ve finally developed a model that addresses our goals, where we can safely incorporate it and make the initiative really profitable for our franchisees.”

The emphasis on adolescents and the older generation exposes F45 franchisees to a greater scope of clients, with modified training programs that cater for age-specific challenges.

Current franchisees have the option to opt in to the F45X module and begin integrating the program into their existing operations, with the potential to expand the business to a stand-alone model.

Deutsch added “if a franchisee buys the F45X module, the absolute goals is that they’ll fill it out and move on to different premises, however if a franchisee chooses not to opt in, then someone else has the opportunity to develop the model in that area.

The current F45 model sees classes run early in the morning and after work, leaving a large portion of the day free, which Deutsch suggests is perfect for targeting the adolescent and over-60 markets.

He added “all that dead time gets filled with classes

“It’s true that many of the franchisees use that time to do admin, so you might find that they add another trainer to accommodate the increase in classes.

“It’s a way for franchisees to find another 50 to 100 members without increasing their costs, and in a way, by training kids and by training older people, you might find that you add a few members just through referral.”

The roll-out will begin in Australia before expanding into international markets in the coming months.

19th April 2013 - Are we creating the right environments for youth fitness?