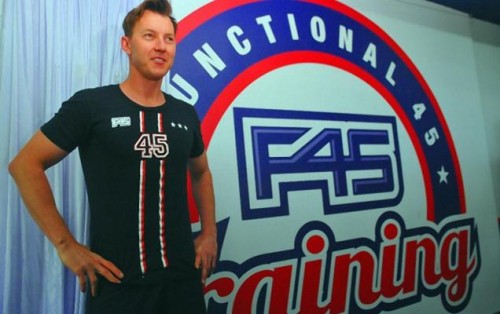 Functional training system franchise F45 has continued its expansion with the opening of its first fitness studio in India, backed by the brand’s Indian ambassador, Australian cricket legend Brett Lee.

The facility, in the southern Indian city of Hyderabad, marks the first studion in a planned chain of F45 clubs across India.

The Hyderabad studio was opened by Lee along with Indian cricket legend VVS Laxman.

Commenting on the opening, F45 India Director Pradeep Palli stated “In India, people have realised the importance of staying healthier. In the last couple of years, the fitness industry has witnessed a major transformation wih new forms of excerises such as Zumba, aerial yoga, Pilates, MMA and kickboxing.

“Hyderabad is the first market that marks entry of F45 in India. Our intent is to make F45 training the biggest fitness phenomenon by opening 300 such studios over the span of next five years.”

The franchise has grown quickly since being founded in Sydney's Eastern Suburbs three years ago and currently has more than 450 locations in 18 countries, including a growing presence in the USA.

F45 co-founder Robert Deutsch recently explained “in Australia, we were the fastest-ever franchise rollout in history, faster than McDonalds.”

Speaking at the Hyderabad studio opening, Lee stated “this chain of health transformers is innovative, cost effective and incredibly systemised in their training facility. F45 is by far the most innovative and has to be experienced, to be believed.”

Domestically, its latest Australian club has opened in the Melbourne suburb of Ringwood.

Image: Brett Lee at the opening of F45 Hyderabad.