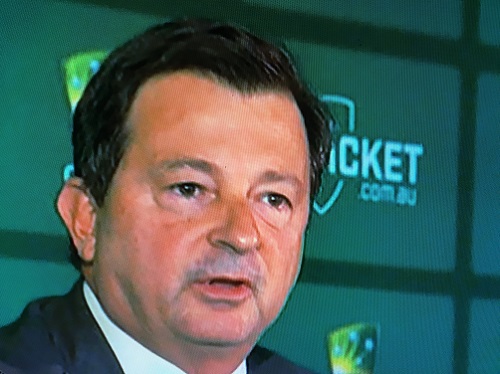 Following an independent report that described the organisation as "arrogant" and "controlling”, Cricket Australia Chairman David Peever has announced his resignation.

Having initially vowed to stay in his role after the release of the damning 147-page report produced by the Ethics Centre, Peever (pictured) announced his resignation today having lost the support of the game's state organisations this week.

The independent review, released on Monday, exposed cultural failings within Cricket Australia in recent years that conspired to create the environment that led to the Cape Town ball-tampering saga earlier this year.

Despite signing a new three-year contract to remain in his role last week - before the release of the Review - a groundswell of anger has made Peever's position untenable.

Former Cricket Victoria Director Earl Eddings - who was confirmed as Deputy Chairman at Cricket Australia’s AGM last week - will be the interim Chairman and will begin the process of finding a permanent replacement.

Speaking following Peever’s resignation, Eddings advised that the organisation needed to "earn back the trust of the cricket community”, adding “we look forward to continuing the important process of recovering and rebuilding for Cricket Australia and Australian cricket.”

"The board is keenly aware that we have a way to go to earn back the trust of the cricket community. We and the executive team are determined to make cricket stronger."

The review launched a scathing attack on Cricket Australia, and found the organisation was perceived as "arrogant and controlling" and that players lived in a "gilded bubble".

Peever had been defiant in the immediate aftermath of the report's release this week, advising “there are certainly elements of the report ... that we need to work on and there are 42 recommendations which we have committed to.

Peever was elected for his second term as Chairman before state associations had a chance to read the report.

Peever earlier said he accepted "full responsibility" for the negative conclusions of the report but, unlike banned cricketers Steve Smith, David Warner and Cameron Bancroft, was set to keep his job with no obvious sanction.