With Cricket Australia Chief Executive James Sutherland travelling to South Africa to deal with matters resulting from the ball tampering incident in the third Test against South Africa, the body is facing some awkward choices.

Cricket Australia needs to consider penalties that it will hand down to the players involved - captain Steve Smith, vice captain David Warner and Cameron Bancroft, and perhaps coach Darren Lehmann - it is also acutely aware of how its action will be perceived by the game’s stakeholders as well as commercial partners.

Several Cricket Australia sponsors, including Asics, CommBank, Qantas and Toyota, have expressed disappointment over the incident and made it clear that the admitted cheating doesn’t align with their values.

In addition, Cricket Australia is also currently negotiating a new broadcasting deal, which some sources have suggested could be worth up to $1 billion.

With massive potential damage to the brand of the Australian men’s cricket team and Cricket Australia, it is likely that firm action will be taken to reset cultural and leadership issues surrounding the men’s national structure.

Fuller tells AdNews that sponsors “will be horrified, but I doubt they will do anything”.

“I don’t think that is going to come through because sponsors tend to be extremely conservative.”

While Skins does not currently sponsor the Australian cricket team, it has previously been represented by former test captain Steve Waugh as an ambassador.

Skins led a campaign to call out sponsors who backed world football governing body FIFA in the wake of a corruption scandal involving former FIFA President Sepp Blatter and senior officials in the organisation.

Experienced sport administrator Neil Maxwell, Chairman of the prestigious Sydney Cricket Club sees why the scandal is impacting fans, explaining “the bottom line is it’s had such a strong impact on the fans and other stakeholders because there is such a passion for the game and respect for the team.

“There’s hundreds of years of the Australian cricket team representing the values and the principles of Australian society.” 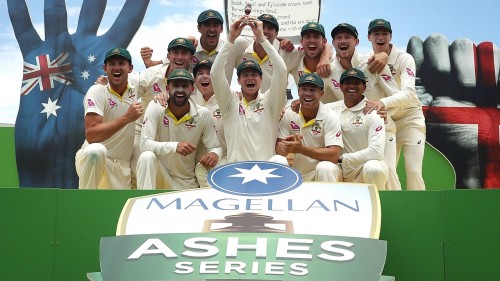 Maxwell believes there will be an inevitable impact on how fans perceive the Australian cricket team and its administrative body, Cricket Australia, adding “the fans have felt let down because we’ve always prided ourselves on playing the game hard but fair and we’ve breached the fair boundary.

“There’s going to have to be a reset as a team. The Australian cricket team has gone too far. We’ve openly encouraged a strong verbal approach to the game, which I think pushed the boundaries on a few fronts as far as fans are concerned, but we’ve never transgressed into this are that would be termed unfair or cheating.”

The damage to Cricket Australia is primarily around the values in which the national team is held up to by fans, sponsors, broadcasters and other stakeholders.

Fuller believes the fallout will be massive, but points out it must be taken in the context of six years of governance and cultural issues.

He adds “the damage is huge. As far as individual cricketers are concerned, most people understand there is a win at all cost mentality that comes into cricket and most elite sports ... certainly we've seen a lot of unattractive behaviour by this team in recent years.

Both Maxwell and Fuller hope this incident will serve as a catalyst for change to begin repairing “brand damage”, but “it will take time”.

Maxwell concludes “clearly this has potential to impact on a number of aspects of cricket’s business, but the fact that there is such brand equity associated with the team built up over hundreds of years, it’s hard to lose all of that through one incident and a couple of people.

“If addressed proportionately and accordingly, that will minimise the chance of that impact of those consequences.”

So far, Smith and Warner have been stood down, Smith has received a one test ban, Bancroft has been issued with three demerit points and Cricket Australia has launched an internal investigation.

Images: Steven Smith is sponsored by Sanitarium (top) and Magellen have a three-year sponsorship deal with Cricket Australia (below).