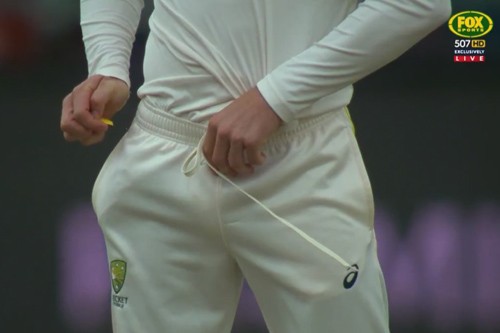 An independent report into Cricket Australia has branded the organisation as "arrogant" and "controlling” and partly responsible for the ball-tampering incident that led to bans for former captain Steve Smith and vice-captain David Warner.

Released today, the 147-page report, produced by the Ethics Centre, into the organisation’s culture found there was "strong systemic and organisational input” into the decision to cheat during the third Test against South Africa in Cape Town in March.

The strong words of the review are likely to lead to calls for more lenient sentences for Steve Smith, David Warner and Cameron Bancroft. Smith was handed a 12-month ban, Bancroft nine months and Warner - who was identified as the ringleader - a 12-month ban and a guarantee that he would never hold a leadership role with the national team.

Key parts of the report stated "the most common description of CA is as ‘arrogant’ and ‘controlling’, adding "the core complaint is that the organisation does not respect anyone other than its own. Players feel that they are treated as commodities.

“Australian cricket has lost its balance ... and has stumbled badly. The reputation of the game of cricket, as played by men, has been tainted. Women’s cricket remains unaffected.

“The ball-tampering incident at the Newlands Ground in South Africa can be seen as an aberration ... however, to think this would be mistaken. We have seen evidence that the structures built around elite cricket are oriented to winning, without properly counting the cost.”

The report was also critical of the widespread use of sledging, advising that the drive to win meant players were frequently asked to “play the mongrel”.

Cricket Australia Chairman, David Peever, said he accepted responsibility for what happened in South Africa, stating "we wanted to know what was wrong and what we could do better.

“We voluntarily commissioned the review because we wanted to look in the mirror.”

However, Peever rejected calls to resign, commenting that he was “looking forward immensely” to the future of Australian cricket.

Test captain Tim Paine, who replaced Smith, said he understood the findings of the review into players’ on-field behaviour that led to the establishment of a players’ charter.

The Players’ Pact will become “the overarching statement as to how cricketers in Australia should play the game, respecting its traditions”.

Paine said he was not surprised the report found players “lived in a bubble”.

Paine advised "potentially we got a little bit wrapped up in our own self-importance. We are the lucky ones playing for Australia. It’s not our cricket team, it’s Australia’s cricket team and I think for a little while we lost that.”

Paine would not be drawn on whether the report should lead to leniency for his former teammates, adding “I don’t think it’s about blame so much. I think everyone has admitted over the last 12 months that there have been mistakes made. To sit here and blame people isn’t going to help anyone.”

Peever said the sanctions for the three players would stand.

The report made 42 recommendations including the establishment of an ethics commission, and mandatory leadership training for senior players.

The report also recommends that the role of vice-captain “be de-coupled from that of ‘heir apparent’ for the captaincy”, and that the player’s anti-harassment code be modified to ban abusive sledging.

Cricket Australia has fully supported 34 of the recommendations, is considering seven, and rejected one, which would excuse players from international T20 to play Sheffield Shield and grade cricket.

Many sections of the report were redacted. Cricket Australia said this was due to defamation risk, at the advice of external lawyers, due to the honesty of the review.