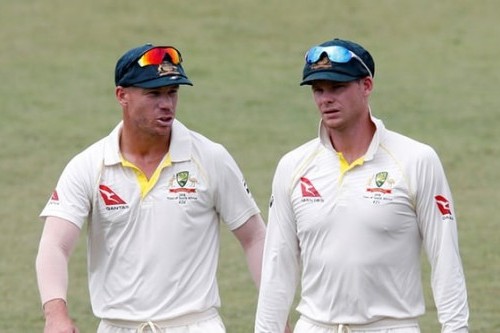 The Australian Sports Commission has backed Cricket Australia’s “decisive action to reinforce its commitment to the values of fair play and integrity” following the handing out of 12-month bans for Steve Smith and David Warner and a nine-month suspension for Cameron Bancroft in the wake of the ball-tampering furore at the third Test against South Africa in Cape Town at the weekend.

Australian Sports Commission Chair John Wylie, the ASC Board and Chief Execuitve Kate Palmer today issued the following statement “the ASC is pleased Cricket Australia has taken decisive action to reinforce its commitment to the values of fair play and integrity.

“This week has seen a strong reaffirmation of the importance all Australians attach to these values. This is a great sign for the future of sport in our country.

“We expect the cricketers involved will reflect on the community reaction to these events, will act to uphold the highest standards of integrity in sport in the future, and should be given the opportunity in due course to demonstrate that to the public.

“The ASC looks forward to the independent review into the conduct and culture of the men’s national cricket team. This is a positive opportunity to improve the culture of the team for the benefit of Australian cricket. The tone and example set by the team is important not only to Australian sport but also to our international reputation.”

The decision by Cricket Australia will see all three players will be suspended from all international and and domestic cricket and will have to undertake 100 hours of voluntary service in community cricket.

Coach Darren Lehmann, who was not involved in the incident, has been cleared of any wrongdoing in the affair.

Cricket Australia’s statement said Warner instructed Bancroft "to carry out a plan to take steps to attempt to alter the condition of the ball using sandpaper".

The governing body also advised that the banned players will be permitted to play club cricket and will be encouraged to do so to maintain links with the cricket community.

Smith and Warner have both also been ditched from the Indian Premier League (IPL) for 2018.

IPL Commissioner Rajiv Shukla said the pair would not be allowed to play in the wake of Cricket Australia's ban.

Warner and Smith were each on a $2.5 million contract to play in the competition, which begins next month.

Warner was captain of the Hyderabad Sunrisers while Smith was meant to skipper the Rajasthan Royals side.

It is the latest blow to their commercial interests in the wake of the ball-tampering scandal.

The punishment announced by Cricket Australia preceeded chaotic scenes at Johannesburg airport as axed Test captain Steve Smith was met with jeers of "cheat" as he began his way home to Australia to begin his ban.

Onlookers yelled at Smith as he made his way through the terminal, surrounded by police and media.