Woolworths to partner Cricket Australia from grassroots to elite level 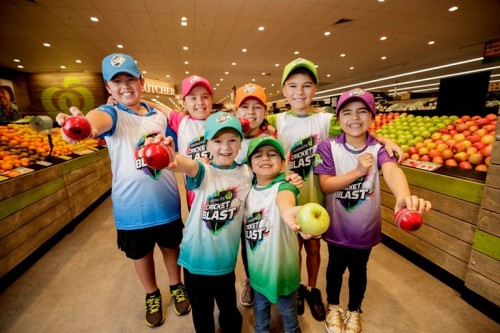 Cricket Australia has announced a partnership with Woolworths which will see the food retailer play a major role in supporting the next generation of Australian cricketers via the junior pathways program.

The partnership sees Woolworths secure naming rights of Australian Cricket’s highly anticipated and brand-new entry level program, Woolworths Cricket Blast, which is replacing the in2CRICKET and T20 Blast programs in schools and clubs from this season.

In addition to the naming rights of Woolworths Cricket Blast, Woolworths will also be Presenting Partner of the Mascot Challenge, which is a school program for Kindergarten to Year 2 students, Junior Cricket Formats, regional Talent Academies and Male Underage Teams & Championships.

Commenting on the announcement, Cricket Australia Chief Executive, James Sutherland advised “we are delighted to have Woolworths on board as a partner across the Australian junior cricket pathway and to have them providing support from grassroots to elite levels of the game.

“With their focus on fresh food and the community as Australia’s Fresh Food People, this is the perfect partnership to help inspire budding cricketers as they start their journey with the game.

“We are confident that the Woolworths team, together with cricket’s 4,000 clubs and thousands of volunteers, will bring this partnership to life in a positive way, making it easier and fun for more kids to eat well, be active and play cricket.”

Woolworths Cricket Blast will officially launch in July, with more information about the program and the rest of the junior cricket pathway available soon at playcricket.com.au.