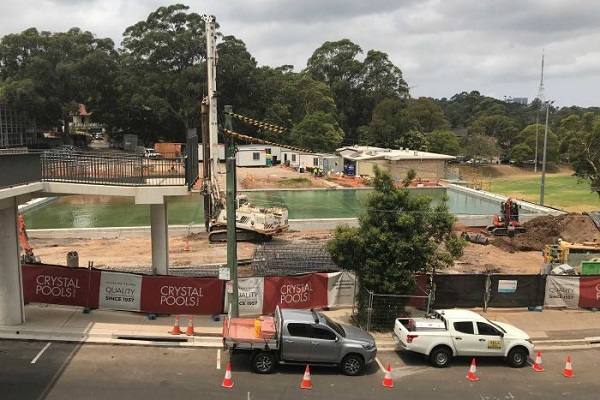 With the facility currently being redeveloped, the ambitious plan aims to transport more than one million litres of water from Sydney’s north shore facility for use in firefighting and irrigating sports fields.

With a population of 25,000 and its water supply dwindling, the New England town of Armidale has been on level five water restrictions for months.

Lane Cove Mayor Pam Palmer said the idea came about as part of the redevelopment of the aquatic centre which involved filling its new 50 metre pool at the site for safety testing.

She said the water - originally due to be flushed down the drain - was instead being held on site as the council works towards raising $100,000 to cover the cost of transporting it to the north.

Mayor Palmer told the North Shore Times “as part of the pool rebuild we had to fill it for testing and then empty it before construction could be completed.

“We were aghast at the idea of sending one million litres of freshwater down the drain when so many people are desperate for water in NSW.

“Armidale readily put up their hands because they’re a regional centre for firefighting and it’s where all the firefighting aircraft from the Queensland border to Taree fill up with water.”

Looking to raise $100,000 to transport the water a Council-backed website has been set up to raise funds, with more than $28,000 donated so far.

Mayor Palmer said she was overwhelmed by the community’s response, including $10,000 donations from Hyecorp Property Group and facility manager the BlueFit Group.

While the water would not be suitable for human consumption, Armidale's Mayor Simon Murray said the donation would be used to fight fires and water its parched sporting fields.

He advised “the RFS have got an air base here which looks … so a part of the water will go to that", adding that some of the water would be directed to sporting fields was important too.

With funds raised, the water is due to be transported to Armidale by early next year.

For more details on the campaign visit the Lane Cove Council website at www.lanecove.nsw.gov.au

Image: Water from the under development Lane Cove Aquatic Leisure Centre is to be trucked to Armidale. Courtesy of Lane Cove Council.