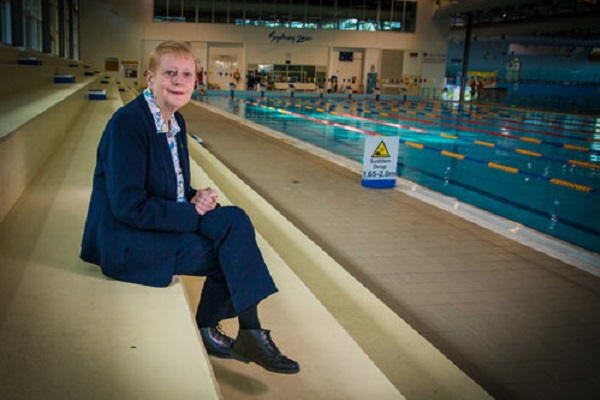 The investigation into claims of abusive culture in Australian swimming is to be led by Sydney-based barrister Chris Ronalds - who helped develop the nation's sexual discrimination laws.

Ronalds, who specialises in discrimination and harassment law, will Chair Swimming Australia's independent panel investigating allegations of abuse in the sport.

Recognised for her decades of legal work fighting inequality including a significant role in the development and passage of Commonwealth Acts including the 1984 Sex Discrimination Act, the 1975 Racial Discrimination Act and the 1992 Disability Discrimination Act, Ronalds will now select two other members of the all-female panel to examine claims of abusive culture triggered by dual Olympic silver medallist Maddie Groves.

In a statement issued by Swimming Australia, Ronalds said she was "pleased to have been appointed" to the role.

She advised “this is important work and a continuation of the professional commitment I have to equality and accessibility.

"The community can be assured this will be an independent process and I look forward to presenting some outcomes that will ensure swimming will be a safe and successful environment in Australia in the future."

Ronalds explained that the focus of the panel's work will be "on females in the swimming community” working “for the betterment of all" in the sport.

Appealing for to swimmers to come forward with any complaints, she stated on Tuesday “I would hope that members of the swimming community will have confidence in the process that we have set up.

"It's entirely independent from Swimming Australia and has no connection with them.

"Our analysis and investigation will be confidential to the panel and we will formulate our recommendations based on the information received.

"So it's important for members of the swimming community ... to come to us and help us.

"The panel will operate over the next few months and it's work will take a little time to be done because it's a serious matter that must be addressed properly."

Swimming Australia formed the panel in the wake of the furore sparked by Groves, who last week met with the organisation's hierarchy to detail her claims of poor culture after withdrawing from the recent Olympic trials citing "misogynistic perverts in sport".

Groves' claims triggered other reports of incidents including fat-shaming of female swimmers with at least six other elite swimmers reportedly preparing to outline their concerns.”

Swimming Australia says the panel will be charged with investigating numerous areas, including:

Swimming Australia board member, Tracy Stockwell, put forward the recommendation of Ronalds to the rest of the board members on Monday, with her appointment confirmed later that day.

Ronalds trained as a swimmer with one of Australia's most recognised coaches, Forbes Carlile, during the 1960s embarking on a career in law.

Image: Chris Ronalds at Ryde Swimming Pool, where she trained with swimming-coach Forbes Carlile in the 1960s. Credit: David Field.