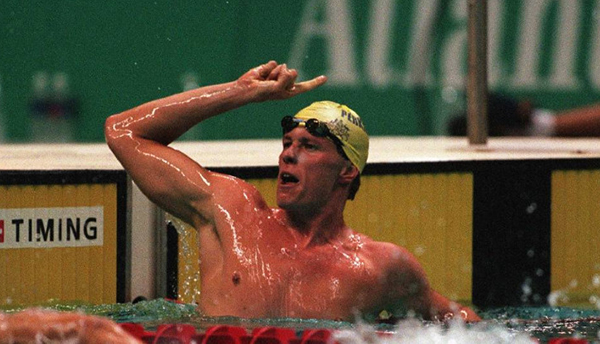 Perkins retired from swimming in 2000 having amassed 23 medals at international competitions and was inducted into the Sport Australia Hall of Fame in 2002.

Considered to be one of Australia’s greatest distance swimmers – winning gold in the 1500 metre at the 1992 and 1996 Olympics – Perkins broke numerous world records in his career and was the first person in history to hold the Olympic, World, Commonwealth and Pan Pacific titles simultaneously.

Swimming Australia Chief Executive, Leigh Russell said it was a major coup to have Perkins take up the role and noted “I think Kieren’s swimming pedigree speaks for itself, but he also has incredible business acumen that will be vital to the role as we look to navigate in a post COVID environment.

“He has spent a huge portion of his life in the sport and has that great blend of understanding the nuances of swimming and strategic experience from the corporate sector.”

Perkins said he wanted to work on ensuring swimming remained strong in Australia and added “I have a strong desire to maintain swimming’s position as Australia’s most successful Olympic sport and with only a year out from Tokyo it’s important to keep a level of stability and focus.

“We need to keep building momentum and heading into an Olympic year there is no better opportunity to bring the sport and the country together and inspire future generations.

“More broadly, I would also like to work on connecting the dots within the sport’s wider community – bringing more people to our sport and growing and nurturing the stars of the future through our pathway to the elite.”

The Board have also confirmed current Chief Operating Officer Tim Dempster will act in the role of interim Chief Executive while a comprehensive executive search is undertaken for the permanent position following Russell’s resignation.