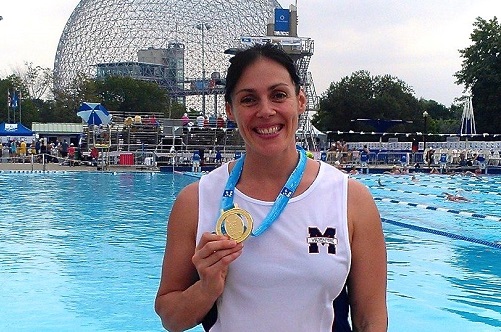 Swimming Australia has announced the appointment of Linley Frame to the newly created role of Athlete Wellbeing and Engagement Manager.

Frame is no stranger to the elite aquatics environment, having represented the Australian Dolphin Swim Team from 1989 to 1995 during which time she was crowned world champion and achieved podium finishes at the Pan Pacs and World Short Course Championships and earned Olympic representation.

Her sporting background complements her professional skills and most recently has been the Athlete and Coach Service Coordinator at Swimming Victoria. She is a strong advocate for increasing the focus on athlete wellbeing, mental health and athlete transition. This positioned her as the perfect candidate for the role which is strongly supported by the Australian Institute of Sport (AIS).

The Athlete Wellbeing and Engagement Manager will focus on holistic athlete development, including life skills to negotiate the high-performance environment, professional development in career and education and activities to assist community engagement and integration.

This role, reporting directly to Chief Executive Leigh Russell, demonstrates a strong commitment by Swimming Australia to the wellbeing and development of our elite athletes, as well as strengthening our wellbeing framework for our emerging athletes. Linley will also be responsible for the continued national roll out of Beyond the Black Line, a joint wellbeing initiative between Swimming Australia, state swimming associations and the Australian Swimmers Association.

Swimming Victoria Chief Executive Jason Hellwig stated “we are delighted with the establishment of this role and that Linley has been appointed to it.

“Her work in Victoria and with Beyond the Black Line has been genuinely pioneering for swimming and is making a difference where it matters – to people. The wellbeing of our athletes is a fundamental responsibility of us all and while we are proud of what has been achieved in Victoria we equally acknowledge that we have much more to do here and across the nation.

“This is work that should be led at the national level and we wholeheartedly support Swimming Australia in doing this. We will continue to invest in this area which will now benefit from Swimming Australia’s focus and leadership,” Hellwig said.

The AIS this year launched a new Athlete Wellbeing and Engagement division, led by Deputy Director Matti Clements, and is currently implementing a national approach to holistic athlete wellbeing and development.

Frame will take up her new role with Swimming Australia in September.