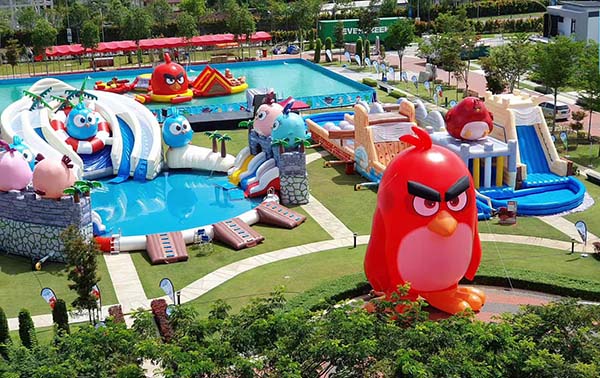 The newly expanded Angry Birds concept is a timely initiative for Malaysia as part of the Visit Truly Asia Malaysia 2020 campaign, with the family-oriented aquatic park is aimed at helping Malaysia achieve their Visit Malaysia 2020 goal of 30 million tourists.

Located in Setia Ecohill in Semenyih, Selangor, the park will operate from 22nd November to 5th January 2020. It will run on specific dates within the two-month period including Christmas and New Year. Following its two months in Malaysia the park will journey across Asia.

Angry Birds celebrates its 10th anniversary this year and has evolved from being a mobile game to an entertainment and consumer product in brand licensing.

Following the global release of The Angry Birds Movie 2 earlier this year, the park will offer a collection of activities including inflatable Angry Birds water slides (the tallest standing at 12metres), a parade and special water activities.

Characters from the franchise like Red, Chuck, Bomb, Terence, Mighty Eagle and the cute Hatchlings will be featured, along with other Angry Bird elements across the park.

“We believe in providing unique and exciting products and services that are great fun for families. We hope your bonds with your family, especially with your children, become closer as you spend your school holidays with us.

“I would also like to take this opportunity to thank our partners, members of the press and media and our audience for making this new expanded Angry Birds concept a success.”

Only 2,000 tickets will be available to the public each day to ensure a quality experience for all.