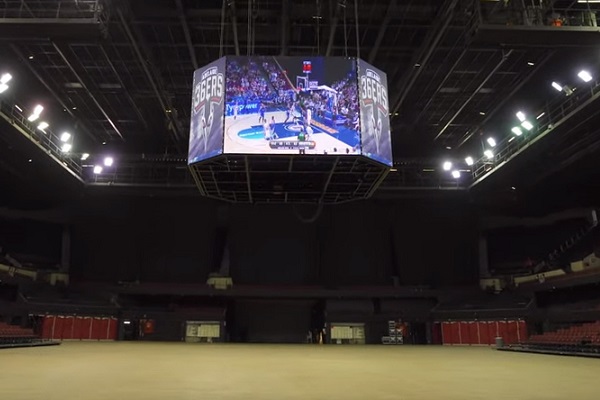 With the Adelaide 36ers set to play their first NBL home game at the Adelaide Entertainment Centre on Saturday 19th October, the venue is currently being adapted as a new home for basketball in the South Australian capital.

Key to the transformation is the installation of a giant LED Video Cube ahead of the 2019/20 NBL season, with the centrepiece of the Adelaide Entertainment Centre’s new game day experience, ‘The Cube’ featuring the highest resolution screens of any NBL venue in Australia.

“The Cube … will play a central role in helping us take the basketball experience in Adelaide to a whole new level.

“Sixers’ fans are going to be blown away when they walk into their new home and see how The Cube fills the venue.”

It took more than four months to engineer, design and install The Cube.

The Adelaide 36ers’ first game at the Adelaide Entertainment Centre will be a pre‐season clash against Melbourne United on Friday 27th September, followed by their first home game of the official NBL season on Saturday 19th October against the Brisbane Bullets.