ACT on target for 40% female representation on sporting boards 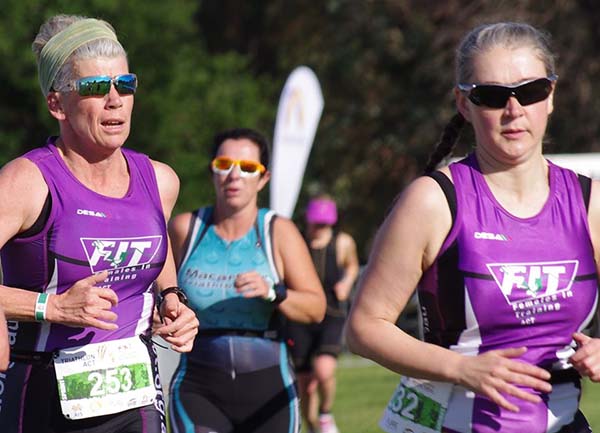 In 2016, ACT Government set a target that by 2020 all sporting peak bodies funded by the ACT Government through triennial agreements would be required to achieve 40% representation of women on their boards or risk being ineligible for funding.

The ACT Government is committed to driving gender diversity in leadership and decision-making in sports in Canberra to help provide more equitable opportunities and access to participation for women and girls.

Diversity in decision-making is fundamental to breaking social barriers and achieving equitable outcomes. Making this change at a board level is a step forward for the sport and recreation sector, providing more leadership opportunities for women and improving decision making to better meet the needs of women in sport.

Executive Director, Triathlon ACT Craig Johns advised that "Triathlon ACT has a proud history of gender equality across the sport from membership to coaching and at a Board level. The one area that we felt was important for Triathlon to address was female representation at President, Board Executive and High-Performance Coaching level, which the Women Sport and Recreation Participation and Leadership Program provides an important part of achieving equality.

“The 2019 grant has enabled 27 females to participate in an industry leading five-month long Triathlon Young Women Leadership Program. The program includes a workshop, five online modules, four impressive female speakers and group projects. Thanks to the ACT Government Sport and Recreation Grant, triathlon has commenced an invaluable succession plan, strengthened our organisational capacity and capability, and we now have 27 young women who have shown tremendous growth in confidence, energy, belief and personal transformation."

The ACT is making progress to bring more women onto sports boards and sports are showing they understand and support the need for change. Of the 28 peak sporting bodies triennially funded through the ACT Government’s Sport and Recreation Grants Program, more than half have now reached the target or higher.

In recognition of their effort these sporting bodies were offered a one off bonus grant.

The 2020 Sport and Recreation Grants Program is also currently open for sporting organisations and individuals to apply for funding of up to $2.4 million through one of seven categories.

The Sport and Recreation Grants Program supports ACT peak sporting bodies and provides funding for individual projects and programs that support community participation in sport and active recreation at all levels.

For more information on ACT funding funding, visit the ACT Sport and Recreation website at: www.sport.act.gov.au/grants