Chief Executives united in pursuit of gender equality in sport 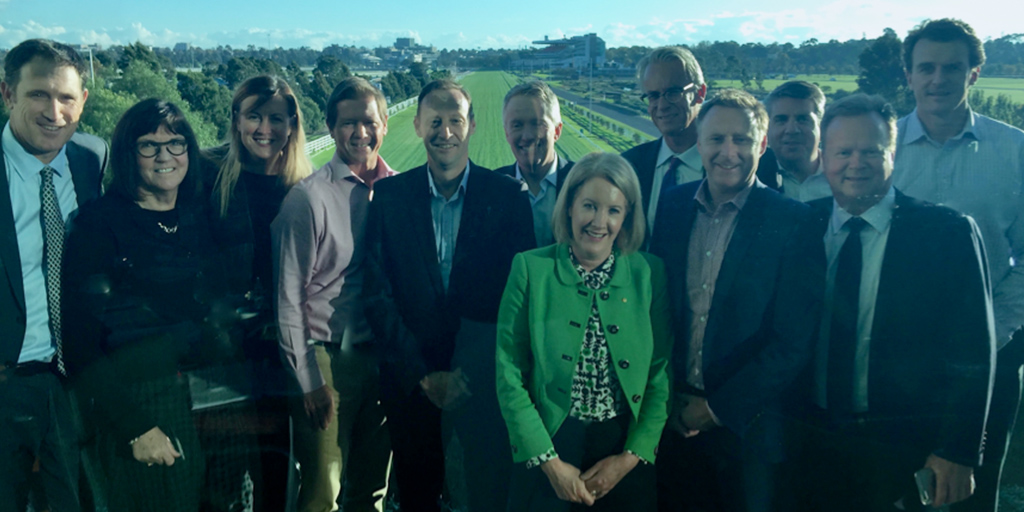 Members of the Male Champions of Change (MCC) Sport have confirmed their shared gender equality priorities for 2018, launched their latest Progress Report and announced that the Chief Executives of Netball Australia, Golf Australia, Rowing Australia and Geelong Football Club have now joined the group.

Established in 2015, MCC Sport now has 17 members representing the key sports in terms of economic contribution, participation and influence in the Australian landscape, with a combined 7,000 employees, 9 million participants, 1 million members and 7.5 million social media followers.

MCC Founder Elizabeth Broderick says the group is united in its pursuit of gender equality in the sport sector, leading change within their organisations, their respective sporting codes, and collectively at a community level.

Broderick advises “this group recognises the immense economic, cultural, social and health benefits of having more women and girls involved in all aspects of sport in Australia - from the grass roots, to elite athletes, sports administration and governing bodies.

"The advances since 2015 have been extraordinary. In just the last year we’ve seen ground-breaking pay equity approaches for leading cricketers in Australia; the establishment of elite-level women’s competitions and teams across a number of sporting codes; and the appointment of senior women to previously male-dominated chair and chief executive positions in the sector. And while there is some way to go, I am so heartened by the significant work underway to attract, engage and advance women in our sporting environments.”

Collective outcomes for the group in 2017 included:

• Developed a practical guide to workforce flexibility tailored for sporting organisations. It aims to support takeup of workforce flexibility policies in the sector. Some 70% of MCC Sport organisations have implemented, or are in the process of implementing, fully flexible workplaces.
• Worked together to create more gender-balanced, diverse and inclusive 'public faces' for their organisations. This included auditing key communication channels to improve the way women and girls are represented and engaged. This work led to a new MCC report Test the Messages you Project, released in late 2017 providing practical guidance on how to create a gender-balanced and inclusive public presence for organisations.
• Strengthened the MCC Women in Sport Sponsorship Program, where 65 'high potential' women leaders are matched with and actively sponsored by senior executives from across the sports sector.
• Supported the Panel Pledge to only participate on panels if senior women from the sector are included.
• Commenced work developing a ‘Pathway to Pay Equity’ for elite women athletes.

Commenting on joining the program, Rugby Australia Chief Executive Raelene Castle, who joins as a Special Advisor, replacing founding member, Bill Pulver, stated "I am both honoured and excited by the prospect of working with the Male Champions of Change Sports Group as a Special Advisor. Rugby Australia as a sporting group is in a powerful position to influence the ongoing debate on the issue of gender equality and I believe that we have the ability to actively promote and facilitate meaningful and positive change.

“I have seen the challenges first hand and I have a personal passion to ensure that the gender equality discussion is at the forefront across all aspects of our society."

The current MCC Sport membership is: