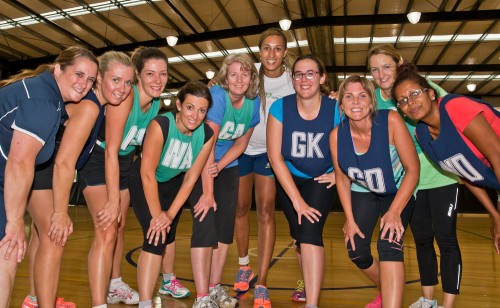 The Victoria Government has announced the creation of a new body dedicated to improving gender equality in sport.

Speaking at the Victorian Government’s inaugural Female Friendly Facilities Symposium at the MCG today (26th May), Minister for Sport John Eren announced the establishment of Victoria’s first Office for Women in Sport and Recreation.

The Office will implement the nine Game Plan Inquiry recommendations from the recent Inquiry into Women and Girls in Sport and Active Recreation and deliver further Change Our Game initiatives to increase participation and enhance leadership opportunities in sport for females in Victoria.

Minister Eren explained “record numbers of women and girls are signing on to play at grassroots clubs (and they) deserve modern, safe, welcoming and inclusive facilities that support them to thrive and realise their dreams.”

The Office will work closely with local governments, state sporting associations, regional sports assemblies and other sector organisations to strengthen the collaborative effort needed to lead and drive sustainable change.

The Victorian Budget 2017/18 will invest an additional $6.2 million to level the playing field for women, both on and off the field, including education and cultural change initiatives, an annual ‘Play Lead Succeed’ landmark event, annual leadership scholarships, a new leadership forums series, and strengthening female friendly coaching efforts.

The Budget also provides an additional $4 million to extend the successful $10 million Female Friendly Facilities Program to invest in female change rooms across Victoria. The new Office for Women in Sport and Recreation will also focus on identifying the policies and infrastructure required across Victoria to create female and family environments.

Minister Eren added “we are changing the game for women in sport. It’s not good enough to have women and girls changing in the back of cars to play the sports they love. It’s unfair – that’s why we are fixing it.”