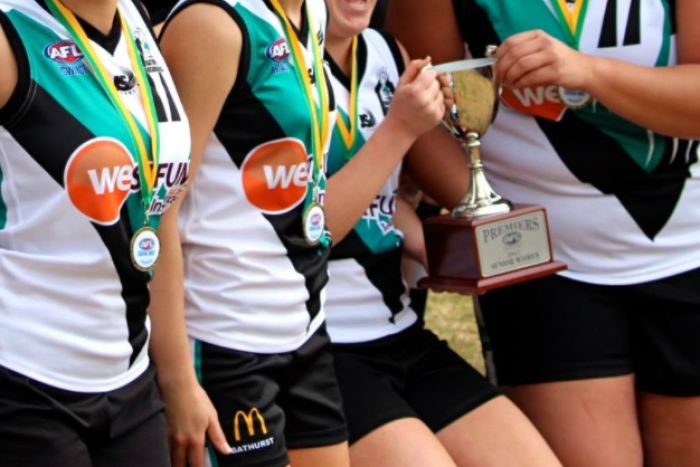 The AFL's peak body in NSW has stepped in after a complaint that female players were pressured to run around in their underwear during post-season celebrations.

AFL NSW/ACT said it was working with the Bathurst Bushrangers and AFL Central West to address the matter.

Two women from the Bathurst Bushrangers women's team stripped off and ran around an oval, after a grand final victory last month.

The club said some of the girls were called up to do the run because they had failed to kick a goal during the season.

Bushrangers spokeswoman Kelsey Richards told the ABC that there were about "three or four" other girls who were also called up to do the undie run, but declined.

Richards advised “probably if they said no, there would've been that initial banter like 'Oh, come on, you should do it' but then they said no and they were absolutely never forced to do it.

"There is no way we would force anyone in the club to get naked against their will."

Richards said the activity was a ritual among both amateur and professional sporting teams, and that the complainant was not among the women who were called up to do the run.

She added “for as long as I've known, the nudie run or in our case, it was an undie run, has been a long-held tradition in team sports throughout the world," she said.

"So yes, of course we've done it (before) in our club and I've done it at other clubs and an issue hasn't been voiced about it.