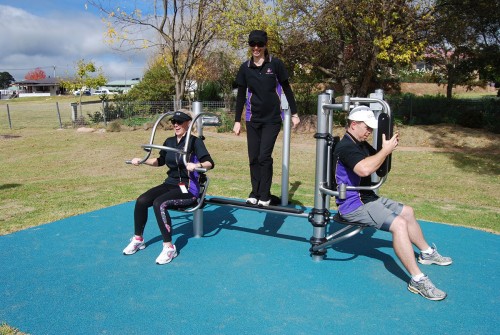 The budget is backing a 10-Year Health Plan to promote an active and healthy lifestyle for Canberrans, with a Government statement advising “we want Canberra to become the healthiest city in Australia by encouraging more active travel and healthy eating.”

This Budget starts the work on our 10-Year Health Plan by delivering a dedicated bikeway throughout the Belconnen Town Centre, upgrading footpaths right across the city, improving local sportsgrounds and reducing registration fees for ACT caravans and trailers.

In order to promote a healthier Canberra, the Budget will fund a major Preventative Health Strategy to enable healthy and active living across the community, as well as increased support for the ACT Government’s Active Living Program.

Part of the ACT Government’s 10-Year Health Plan is to invest more in a healthier community to take the strain off our health system.

The Budget will deliver:

• $4 million over four years for a new Preventative Health Strategy to enable healthy and active living
• $170,000 over 2017/18 to increase support for the Active Living Program.
• $4.7 million for the design and construction of a dedicated bikeway through Belconnen Town Centre and installation of 10 new bike racks across Canberra; and
• $4 million to continue building an integrated transport network through footpath and cycleway improvements; and
• $5.4 million over four years for additional irrigation of Canberra’s sportsgrounds to ensure safe and fit for purpose amenities;
• $624,000 over four years to increase safety and event management regulation in combat sports; and
• $160,000 in to plan for new indoor sports centres in Woden, Gungahlin and Belconnen.

For sport, the budget also committed $11.6 million for upgrading broadcast and media facilities at Manuka Oval with $9 million will be spent on other Canberra venues.

There will also be ongoing funding for Canberra Stadium to ensure it maintains minimum industry standards while the Manuka Oval's surface will be replaced at the end of the year.

The ACT Government will increase funding for sports to bring national competitions to Canberra, with $1.85 million to be spent next year and $5.52 million over the next four years.

12th May 2017 - ACT GOVERNMENT LOOKS TO ENCOURAGE PEOPLE TO RUN, CYCLE AND SKATE TO WORK