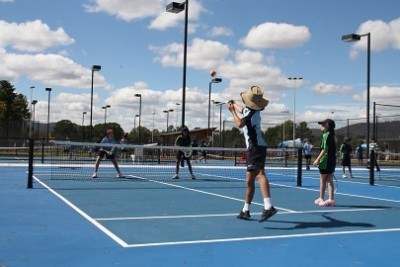 Analysis of the Australian Sports Commission’s AusPlay report has confirmed Canberra as Australia’s most active community – with close to 93% Canberrans (more than 305,000 people) aged 15 or over participated in sport or physical activity in the last 12 months, above the national participation rate of 87%.

Canberra children aged up to 14 years also ranked the highest in the country with more than 74% participating in a sport or physical activity outside of school hours, above the national average of 69%.

The ACT Government suggests that the AusPlay study shows that its commitment to improving the health and wellbeing of Canberrans through investments and programs to support participation among all ages and abilities is showing results.

ACT Deputy Chief Minister Yvette Berry explains “the new data also confirms the need for our ongoing commitment to gender equity in sport – particularly in closing the participation gap for girls which is as high as 10% for ages 15-17 and 7% for ages 18-24.”

The ACT Government’s policy commitments in this area include:

Minister Berry added “it was great to release this new data while visiting a local sports organisation which encourages participation among all – the recent winner of the CBR Sport Minister’s Award for Inclusion, Woden Valley Gymnastics.

“The club fully embraces the principles of inclusion and diversity within the sport of gymnastics and the Canberra community. It successfully introduced unique and stimulating inclusion programs that motivate participants of all ages to become involved in sport.”

Released before Christmans, Ausplay is the largest and most comprehensive survey of its kind conducted in Australia and has been introduced since the ABS ceased to collect sport and recreation data in 2014.

Other AusPlay key findings show that Canberrans are using the ACT’s open spaces and sporting facilities with just over 85% aged 15 years and over participating in a sport or physical activity at least once a week and just over 66% participating at least three times per week.

The survey also showed the top motivation,  just over 84%, for those aged 15 years and above to actively participate is for physical health and fitness followed by fun and enjoyment at just over 46%.

The most popular activities in the ACT are athletics, including running and jogging, bushwalking, cycling, fitness/gym and swimming. Participation in recreational walking ranked the highest overall with nearly 40% of males and over 53% of females 15 years and over taking part.

For more information go to www.ausport.gov.au/information/ausplay

Image: Schools make use of the Canberra Tennis Centre.