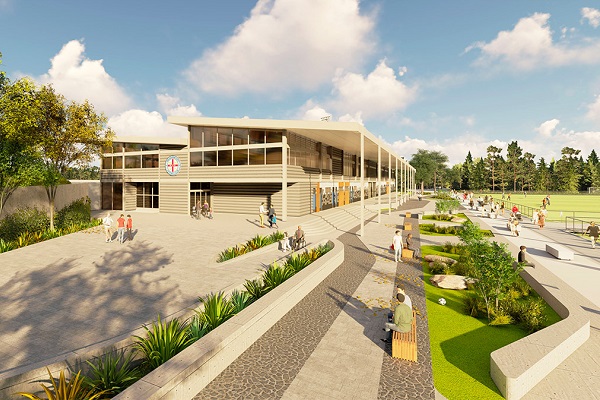 While the club will continue to play home games for its A-League team at AAMI Park, it will progressively move its training and administration base to Casey Fields in time for the 2022 A-League season.

The new Etihad City Football Academy (CFA) will sit within the 84-hectare Casey Fields Sporting Precinct, and will feature an elite training tablet pitch, four full-sized floodlit pitches, a two-story elite performance and HQ building and space for a 4000-capacity mini-stadium to be created as part of a future ‘Stage Three’ construction.

The move replicates the plans of the Dandenong-based Team 11 group - backed by the Greater Dandenong, City of Casey and Cardinia Shire Councils - who unsuccessfully bid for an A-League expansion licence in 2018.

Inspired by a grassroots football and a community-building ethos, the bid generated huge support across South East Melbourne.

The region is home to 1.6 million people, stretching to 1.9 million including Gippsland, and has more than 100 grassroots football clubs and 23,000 registered players.

The Club’s Academy will move to the already constructed ‘Stage One’ community and academy facilities in February 2021. The four full-sized floodlit pitches and single-story building are available for immediate use, and will be the centre of the Club's academy, schools and community work as well as the City of Casey's grassroots football and community programs. The remaining ‘Stage Two’ facilities will be completed by early 2022 when Melbourne City will take full occupation of the site, following interim occupation in August 2021.

Melbourne City’s W-League team will play their first home match of the season on 2nd January at the Frank Holohan Soccer Complex - home ground of the Dandenong City Soccer Club, playing four games at the venue including a Melbourne derby match against Melbourne Victory on 28th January.

City in the Community, Melbourne City’s charitable arm, will also be headquartered from Casey Fields, enabling more regular engagement with the in-need communities of South East Melbourne while continuing their city-wide work.

The Club has been located at La Trobe University in Bundoora since its foundation in 2009 and moved into the original City Football Academy in 2014 following its acquisition by City Football Group. 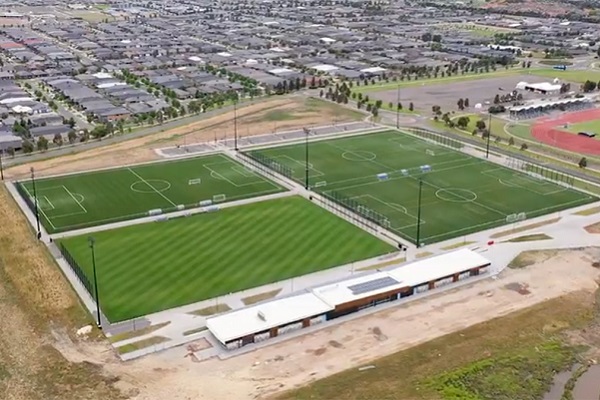 City of Greater Dandenong Mayor, Angela Long, pointed out the importance of the previous Team 11 bid in creating an appetite for a team in the region and its key role as a driver for the development of a new stadium.

Mayor Long noted that the Team 11 bid “set out to foster grassroots football development with professional pathways, to connect with and grow our burgeoning business community, to market the region to national and international audiences and to provide a platform for community outreach programs.

"The proposed Dandenong Sports and Events Centre was an important part of that bid and today's announcement marks a step forward in bringing that idea to life.”

A region significantly under-represented on the national sporting stage, the ‘Team 11’ bid was built around three central pillars.

2. Community: to unite the diverse community by promoting active participation and inclusion by all residents in the region and working to improve the health and wellbeing of our community.

3. Business: to enhance the identity of South East Melbourne and create a renewed sense of civic and community pride by stimulating investment and sustainable economic growth within the region.

On behalf of the Team 11 Pty Ltd board, ‘Team 11’ Chairman Ghadir Razuki expressed his support for Melbourne City’s move, explaining “the ‘Team 11’ movement was never about one person, nor even one group. It was a collective push by individuals and organisations committed to delivering a professional football club to a region within which football already plays such a big part at grassroots level.

“And while (this) announcement may not have been foreseen when we started on this journey, it is nonetheless a fantastic outcome for a region that deserves a club to represent it on the national stage.

“We remain as adamant as ever that South East Melbourne has an important part to play in the future of professional football in this country.

“Thank you to everyone who has been a part of the ‘Team 11’ journey, congratulations to all who have helped orchestrate today’s announcement and good luck to Melbourne City in its move to South East Melbourne.”