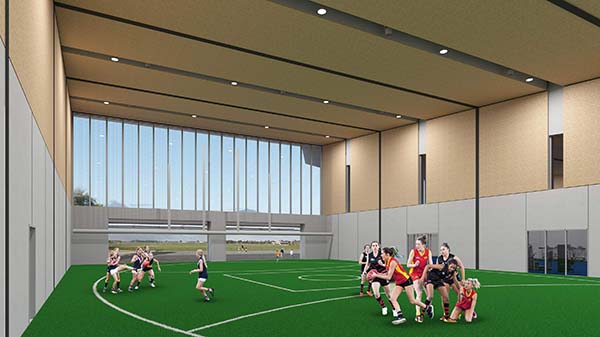 To secure Casey Fields as Melbourne Football Club’s AFLW base for the long-term and in support of elite women’s football, the venue is set to receive $8 million in upgrades.

The Victorian Government, City of Casey and AFL are jointly funding the major upgrade at the Cranbourne East venue which will deliver a range of new facilities to cater for high-performance training, including a state-of the-art strength and conditioning facility and an indoor training space with synthetic grass.

The Victorian Government, through Sport and Recreation Victoria, will deliver $5 million in funding towards the project, with Council to contribute $2.5 million and the AFL, $500,000.

The project will also include the development of a new, dedicated AFLW/VFLW unisex changeroom with improved coaches and medical facilities, along with a new canteen and kiosk and upgrades to the drainage system.

The plans were unveiled yesterday as part of the City of Casey Round at the MCG – an annual event which celebrates and showcases the 30-year partnership between Casey and the Melbourne Football Club.

City of Casey Mayor Amanda Stapledon said Council was proud of its partnership with the Melbourne Football Club and the benefits it continued to bring to fruition.

“While this project will deliver enhancements to improve the facilities for AFLW/VFLW competition and training, it will also have positive flow on benefits for our community. This includes the improved participation outcomes that come with having elite sport on our doorstep to inspire the next generation of footballers and solidify a clear pathway to play elite football for women and girls across the region. 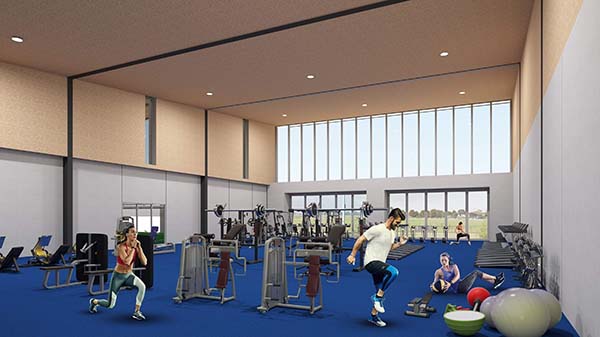 Victorian Minister for Tourism, Sport and Major Events Martin Pakula added "this will give our top AFLW players the facilities they deserve and provide a strong base to train up the next Daisy Pearces and Karen Paxmans.

Melbourne Football Club Chief Executive Gary Pert noted "the elite training facilities will not only benefit our AFLW and VFLW teams but also create a pathway for the next generation of female players.

“This funding will enable Melbourne to accelerate the expansion of AFLW and VFLW programs at Casey Fields and create opportunities that will deliver elite facilities and promote participation for females in the Casey region. This further strengthens our commitment to the Casey community.

“The facilities will not only benefit our AFLW and VFLW programs but will be made available for community sport which is great news for the local residents of Casey."

It’s anticipated that the project will kick-off in late September commencing with the change room refurbishment which is due to be completed in time for the 2020 AFLW season, with additional new facilities being completed by mid-2020.

All images are artist impressions for the proposed upgrades supplied by the City of Casey.