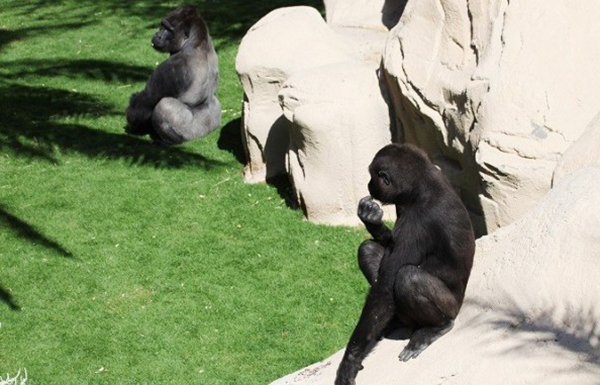 Al Ain Zoo, a 400-hectare zoo located in the foothills of Jebel Hafeet in Al Ain, Abu Dhabi plans to expand its conservation program over the next two years.

As part of its strategy to align with the Abu Dhabi Vision 2030, its keenness to create a unique experience for visitors and perpetuate the conservation of endangered species, Al Ain Zoo has started construction work on three new major projects including the Elephant Safari, the Gorilla Sanctuary and the Sand Cat Conservation Centre.

"Our focus will be on raising the future generations’ awareness of the issues addressed through a series of programs based on creative education, interaction and discovery," said Omar Yousef Al Blooshi, Director of Marketing and Corporate Communications at Al Ain Zoo.

The African Elephant Safari project will be spread over 24 hectares, divided into Elephant Safari, shelters, sheds, African village, Lions’ exhibits, safe outdoor spaces for visitors and African-style lounges. These spaces will offer the visitors the opportunity to enjoy the Safari remotely via an observation tower that spreads over 1.31 hectares. The Lion Safari connects Al Ain Zoo’s current Safari with the new proposed one for elephants at a 2.6 hectares area along with a 2 hectares back of house for the elephants.

The 10,000 metre2 Gorilla Sanctuary will be an extension of the area previously dedicated to Lady, a gorilla who spent more than 40 years at Al Ain Zoo before her death in 2016.
The sanctuary will include indoor and outdoor exhibit areas and passageways designed after the Western lowland habitat, allowing visitors to view the gorillas in a habitat that mimics the wild.

The improved Sand Cat Conservation Centre aims to provide breeding programs for sand cats and other local species as well as research programs to protect and preserve them.
Al Ain Zoo has the world's largest group of Arabian sand cats and already runs a breeding and release program to increase the felines’ population in the wild.There will be interactive areas for visitors and passageways where the Fennec Fox, Jerboa, Scorpions and Snakes are exhibited along with the Sand Cats, covering a total area of 706 metres2.

The projects are part of a series of future developments that aim to transform Al Ain Zoo and its adjacent area into a unique tourist destination in the Middle East and the world by creating a selection of wildlife projects and experiences alongside its wildlife conservation programs.