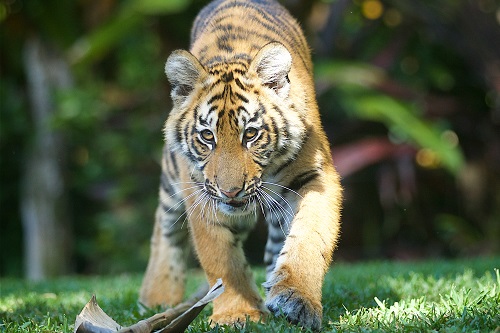 As part of its continued effort to support wild tiger conservation, Dreamworld is partnering with Canberra’s National Zoo and Aquarium, to raise awareness about the plight of wild tigers.

As part of this partnership, Dreamworld’s seven-month old tiger cubs Melati and Mya will be moving south to one of Australia’s largest zoos next month to continue the incredible work they do as ambassadors for the conservation of tigers in the wild.

Melati and Mya will continue to live together in the multi-award winning Jamala Wildlife Lodge where their new habitat features a large bathing pool, similar to Dreamworld’s Tiger Island, a waterfall, climbing towers and extensive natural vegetation.

Dreamworld’s General Manager Life Sciences Al Mucci, said both Dreamworld and National Zoo were at the forefront of the global movement to save tigers, raising funds for international tiger conservation programs and combating illegal wildlife trade in collaboration with the international conservation agency the Wild Cats Conservation Alliance.

The National Zoo contributes significantly to many breeding programs, to help raise awareness and save animals from extinction, raising money through the National Zoo & Aquarium Conservation Trust (NZACT) to donate to several local and overseas conservation initiatives.

Mucci explains “with less than 4,000 tigers left in the wild, initiatives funded by accredited members of the Zoo and Aquarium Association, such as Dreamworld and National Zoo provide critical support to field projects in Indonesia, Russia and Nepal that are ensuring the survival of these magnificent animals.”

“Much of the support comes from pledges from visitors who are inspired to take action on behalf of tigers in the wild”. 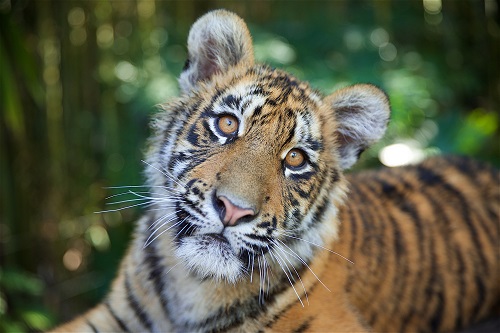 National Zoo Business Manager, Russell Jackson added “we look forward to welcoming Melati and Mya to our family at Canberra’s National Zoo and Aquarium where they will play an important role in engaging our guests about the plight of wild tigers, along with our four other tiger residents Ravi, Baru, Aceh and Ndari.”

Ardent Leisure Chairman Dr Gary Weiss has also advised that the company is committed to restoring the theme park’s fortunes.

As reported at the weekend by Brisbane newspaper The Courier Mail, Weiss anticipates that the $15 million ‘Flying Theatre’ iRide simulator, the first of its kind in Australia, will reinvigorate the attraction when it opens for the peak summer season.

Commenting on the challenges faced by the group, Dr Weiss stated “when I came in as chairman I committed our group to a process of re-investment and restoring value to Dreamworld,

“We still believe there is a very strong future for Dreamworld.

“These are all world-class attractions and we believe they will help bring people back to Dreamworld.

“I think they will deliver great success at Dreamworld.”

In addition to the Flying Theatre ride investment, Ardent is investing a furher $15 million in an expansion of WhiteWater World which will include $4 million towards safety management systems and improvement to guest experience and communications.