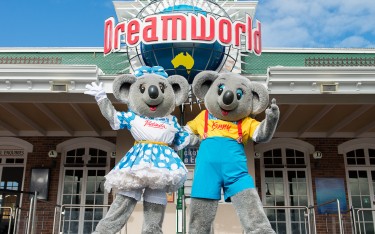 Ardent Leisure has announced growing losses in its full year operations, reporting a net loss of $90.7 million for the year to 26th June, compared to a $63 million loss a year earlier, while also writing down the value of Dreamworld by $75 million.

Advising that the ongoing Coronial inquest in the the deaths of four people at the Gold Coast theme park in October 2016 is impacting efforts to encourage visitors back to Dreamworld, Ardent also advised of $6.2 million is costs associated with the fatalities,

The company also advised that it has struggled to restore visitor numbers at Dreamworld, with attendance dropping in 2017/18 to 1.658 million visits from 1.663 milllion the year before.

Commenting on the results, Dreamworld’s acting Chief Executive Nicole Noye advised that she expects the inquests will lead to lower visitation numbers, despite significant safety measures introduced in July.

She advised "going forward, unfortunately its a week-by-week focus for us until we get through the next few months.”

Ardent reported a 5% drop in revenue to $555.1 million, in line with a trading update last month.

That figure includes contributions from Ardent's Australian marinas and bowling businesses, which were sold during the year.

The theme parks division, consisting of Dreamworld, WhiteWater World and SkyPoint, reported an earnings loss of $91.1 million, slightly better than the $98.4 million loss a year earlier.

As a result, underlying earnings at its Main Event division - which operates 41 FECs across the US - slid 64% from a year ago to 11.9 million.

The company expects to sharply lower annual group office costs to between $9 million and $10 million, from $15.5 million in 2017/18, following the restructuring and divestment of businesses.

The first part of the Coronial inquest into Dreamworld’s October 2016 fatalities was held in June and will resume for two further sittings in October and November.