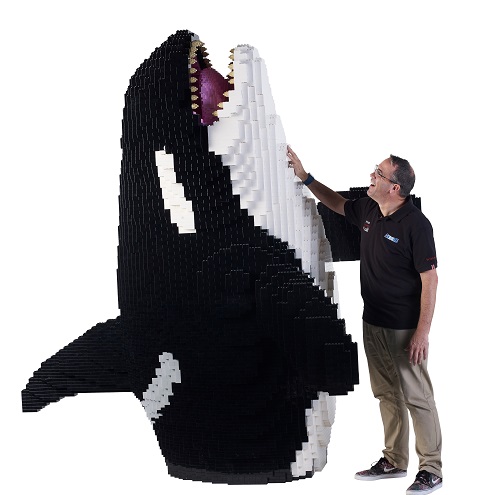 Having advised in the past week that it is expecting a drop in visitors during the ongoing Coronial inquest into the deaths of four guests at Dreamworld in October 2016, the Gold Coast theme park is reducing its entry fee and introducing a LEGO Brickman exhibition in a move to attract guests.

The move goes against current industry practice on discounting, with rival operator Warner Village Theme Parks having at the end of last year announced a ticketing strategy that replaces annual passes costing as little as $9 a month.

Dreamworld is also to host the new Brickman Awesome exhibition as of September.

Complementing the exclusive LEGO Store at Dreamworld, this dedicated interactive display will be made entirely with LEGO® bricks.

Dreamworld General Manager of Marketing, Philip Hancox advises “we are thrilled to announce the launch of this new attraction coming soon to Dreamworld, which will be the first time this impressive LEGO® brick exhibition has been on display at an Australian theme park.

“The Brickman Awesome exhibition is about all things amazing, unique, record-breaking or just plain awesome - and we can’t wait to offer our guests another experience that will transport them into a world of awe and wonder.”

The exhibition will comprise 39 exclusive LEGO® models, totaling more than two million bricks and clocking up over 5,000 hours of build-time.

Brickman Awesome will include the tallest LEGO® model in the Southern Hemisphere - a NASA SLS rocket standing at 7.5 metres tall and created with more than 450,000 bricks.