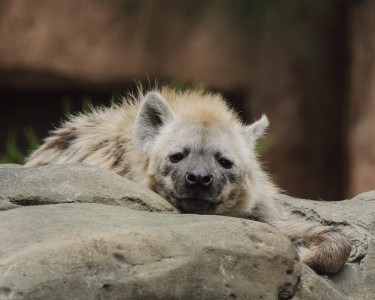 Canberra's National Zoo and Aquarium has welcomed two spotted hyenas, half-brothers Zuberi and Pinduli, into its collection, acquired from a zoo in South Australia.

In featuring the hyenas, Wildlife Supervisor Bec Scott believes that hyenas have a undeservedly bad reputation, long being called seen as sneaky and unintelligent, a stereotype exaggerated by their portrayal in movies like Disney's The Lion King.

However, Scott emphasises that hyenas are intelligent animals being excellent hunters with fantastic eyesight.

Scott told the ABC "hyenas actually catch more of the prey they eat than lions.

"They are by nature a very nervous little animal, but they're enjoying the new exhibit they've got, getting out and about and the visitors are loving it."

Scott said Zuberi and Pinduli were part of a regional breeding program in South Australia, adding that “at about two years old the males naturally move out of their clan.

"Pinduli and Zuberi are now at the age where they needed to move on, so fortunately for us they've come to the zoo in Canberra."

Scott explained that hyena clan groups can range from three members to about 80 and it was common for there to be a distinct hierarchy.

She concluded "hyenas are a highly destructive animal, they've got an amazing jaw pressure and a lot of curiosity.

"These boys find anything they can chew on and we had to learn by trial and error what to take away or how to adapt the enclosure.

"It's been a learning experience, that's for certain."

The enclosure featured three ponds for the hyenas to play in.