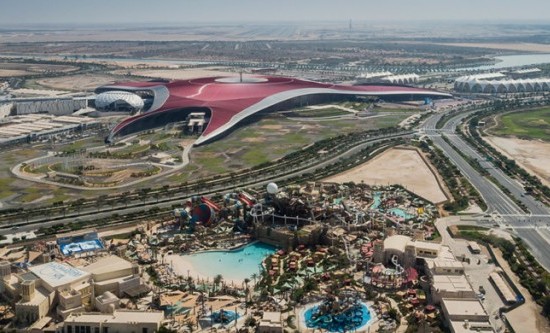 With large-scale and high-profile projects underpinning the growth of tourism in the United Arab Emirates, Miral, the developer of Abu Dhabi’s Yas Island, is aiming for the location to become one of the world’s top 10 leisure destinations by 2022.

Tourism numbers are growing rapidly in the UAE, with both Abu Dhabi and Dubai showing a 3.6% increase during the first three months of 2018, compared to the same period last year, according to recent statistics issued by the tourism departments of the two Emirates.

In addition, the Abu Dhabi Economic Vision 2030 highlights tourism among the 12 sectors that it outlines as priorities for the emirate as it strives to achieve the economic growth and diversification it requires for future security.

With Miral having created Ferrari World Abu Dhabi and Yas Waterworld, and currently in the process of finalising Warner Bros. Movie World, the company’s Chief Executive, Mohammed Al Zaabi recently explained how the company it striving to ensure the Island achieves its goal of becoming one of the most sought-after tourism destinations in the world.

Speaking to Construction Week earlier this month he explained “Yas Island is a vision we are very proud of. It is a dream that keeps us busy and excited every single day.”

Along with expansion plans for Ferrari World and the island’s flagship water park, Miral will be opening Abu Dhabi’s first indoor theme park in partnership with Warner Bros. in July.

Having cost more than US$1 billion (AED3.67 billion), the Warner Bros. indoor theme park will comprise 29 rides, in addition to dining options and retail units. Six zones - dubbed ‘immersive worlds’ - have been created throughout the park, each incorporating a different theme, such as Warner Bros Plaza, Gotham City, Metropolis, Cartoon Junction, Bedrock, and Dynamite Gulch.

With construction having commended in July 2015, Al Zaabi state “there will always be challenges when building a theme park. Having rides with integrated media and content, sound, music, and audio-visuals is not easy.”

Another of Miral’s highly anticipated projects, SeaWorld Abu Dhabi, a first-of-its-kind marine-life attraction on Yas Island, is scheduled to complete by 2022. 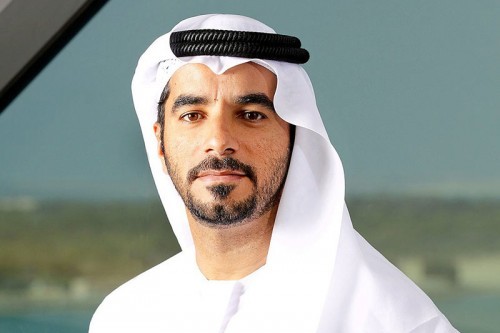 The theme park will include the UAE’s first dedicated marine-life research, rescue, and rehabilitation centre, with facilities and resources for the care and conservation of local marine life, and will also be the first SeaWorld in the world not to display orcas, commonly known as killer whales.

The marine park will integrate up-close animal experiences, attractions, and a world-class aquarium, boasting the latest technology in visitor engagement.

Miral partnered with SeaWorld Entertainment at the end of 2016, and Al Zaabi says that the developer is very happy with the design of the park, so far. He also reveals that a major contract for the park will be awarded later this year.

Explaining the concept, Al Zaabi advises “on Yas Island, the way we master-planned this project (was to always put the) customer experience first. We put ourselves in our customers’ shoes, and then we thought about their experience and how we can tailor (something) truly immersive.

“We have been trying to connect all our assets physically and digitally, and that is what we are building now.”

Improving the physical connectivity on the island it a significant element in the creation of a distinctive experience for visitors. One way in which Miral hopes to achieve this is by building a cable car system to connect all of its existing and future assets, making it easier for visitors to access and explore the island, especially during the hot summer months.

The developer says it will be the first system of its kind in the region.

To achieve this, Miral partnered with US-based SkyTran - a NASA Space Act company - in 2016, to develop a high-speed, low-cost, elevated personal rapid transport system based on magnetic levitation.

The computer-controlled, two-person vehicles will have cars zipping along magnetic lines from one destination to another across the island, and will be designed to allow for easy expansion of the network at a later date, so that more tracks and additional vehicles can be added when needed. 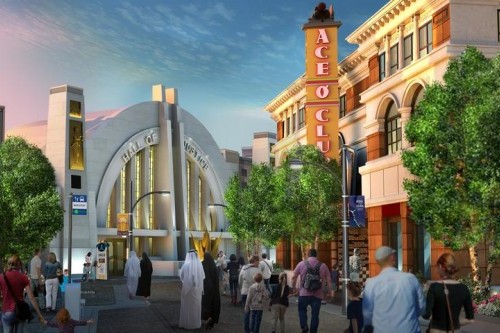 Miral’s extensive digital strategy, which was launched last November, is another way in which the developer is bolstering connectivity on the island. The company rolled-out the first phase of its digital transformation project this year, striving to connect the island’s major destinations through the development of digital services.

The infrastructure for the project was developed in early 2017, to enable the launch of the platform’s digital assets across Miral’s attractions on Yas Island.

Al Zaabi adds “digital has become a challenge for everyone. The customer has become more knowledgeable, everything is at their fingertips, and they know their options before they even leave their homes.

“But now the customer can virtually visit Yas before even stepping foot on the island.”

In a statement last year, Miral said its digital strategy aimed to deliver a “wall-less resort vision” across its hotels, malls, and theme parks, in order to create “a fully connected experience for customers visiting the island”.

Al Zaabi told Construction Week that the developer will award at least three construction contracts for projects on the island this year, concluding “we are going to award one contract in Yas South, one for SeaWorld Abu Dhabi, and one for another project that is to be announced.

“For this year, we are very busy with SeaWorld and Yas Bay, which are very big projects, but we have one smaller project that we will be launching soon.”