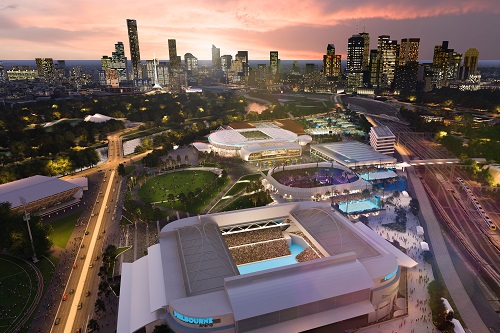 Ticketek has announced an extension of its ticketing services partnership with sporting and entertainment events precinct Melbourne and Olympic Parks for a five-year term.

Following a competitive tender process, the agreement will ensure patrons continue to enjoy cutting edge ticketing technology and services when accessing tickets for events at Melbourne and Olympic Parks, outside of the Australian Open.

With the precinct welcoming millions of visitors and hosting more than 600 events each year, guests will benefit from Ticketek’s strengths in technology, customer service and innovative digital solutions.

Advising that the agreement includes a clear focus on delivering an innovative new partnership for the future, Geoff Jones, Chief Executive of Ticketek parent TEG, stated “Melbourne & Olympic Parks is the beating heart of Australian sports and entertainment.

“We are delighted and honoured to have extended our long-standing partnership.”

Melbourne and Olympic Parks Chief Executive John Harnden added “we are looking forward to continuing our partnership with Ticketek to deliver exceptional experiences to our millions of guests across a diverse array of sports and entertainment events.”

Noting that the agreement builds on a deep and long-standing partnership that spans more than two decades, TEG Chief Operating Officer and Head of Ticketing Cameron Hoy concluded “Ticketek and TEG’s market leading approach in ticketing technology, fan engagement, digital marketing and consumer insights are all key contributors to our continued partnership, which we are thrilled to have extended.”