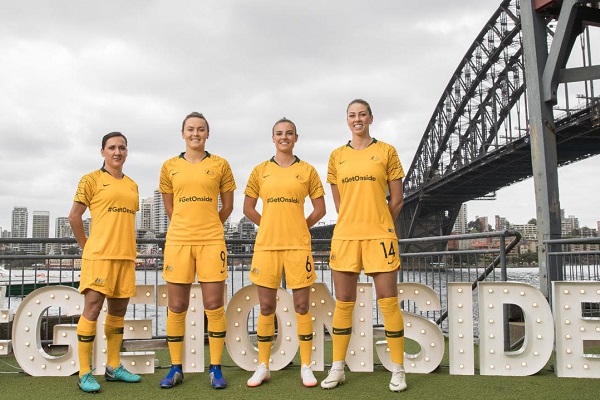 The 2019 benchmark report by True North Research, suggests that the stronger their emotional connection to a team, the more likely an individual is to pay to view, regularly watch shows about the team, be aware of the team’s sponsors and have a positive reaction to sponsors.

Through the research of over 12,500 Australians, combining passionate fans, casual supporters or simply those who take a passing interest in the sport, True North created each BenchMark emotional connection score through the guidance of five core values being respect, enjoyment, trust, pride and bond.

In terms of the BenchMark emotional connection for Australian national teams, the Westfield Matildas have held the top spot since April, despite a disappointing loss to Norway in Round 16 of the Women’s World Cup in June.

“We all shared their disappointment, but we also buy into their resolve to come back stronger.

“Australian’s support for the Matildas is resilient, and as fans, we want them to turn it around.” 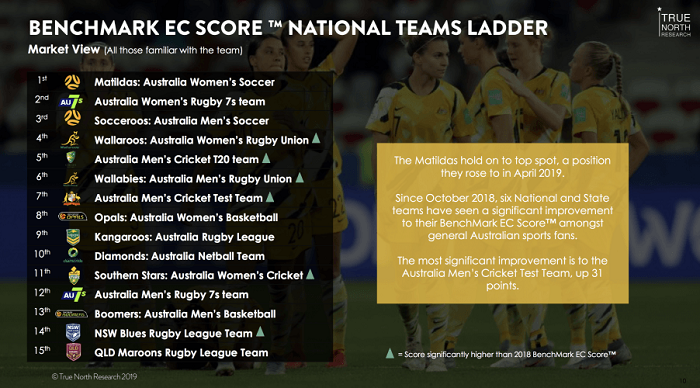 The study went on to identify and rank the value of brands who sponsor Aussie sports codes in winter and for eyeballs alone, financial institution St George’s sponsorship of St George Illawarra continues to have the highest awareness among all winter league teams.

However, it was the Australian Men’s Cricket Test Team’s partnership with Qantas that secured every league, winter and national team’s sponsorships to the overall top spot for sponsorship impact.

For sponsorships to resonate with fans, the report advises of the key ingredients needed to explain the success of the sponsorship: longevity, a strong emotional connection, great activation, a good brand fit or a supporter base primed for sponsor messaging.

In the AFL rankings, the 2019 AFL premiership Minor Premiers, Geelong Cats lead all other clubs for emotional connection, followed by the Hawthorn Hawks, the Sydney Swans, the Richmond Tigers and the Western Bulldogs for the top five.

For the NRL ladder, the Melbourne Storm are perched above the South Sydney Rabbitohs, the North Queensland Cowboys, the Canberra Raiders and the New Zealand Warriors, even after the retirement of Billy Slater and losing to the ninth-placed Sydney Roosters in the preliminary final.

The Super Netball emotional connection results see the Queensland Firebirds, who went winless in 2019, sit atop the rankings, followed by the Sunshine Coast Lightning, Giants Netball, the NSW Swifts and the Melbourne Vixens for the top five.

The final Australian sporting league to be assessed was rugby union, which saw the Queensland Reds lead the Brumbies, Western Force, Melbourne Rebels and NSW Waratahs.

According to True North Research, emotional connection is important, simply because sport fandom is emotional; emotions matter because they drive outcomes, affect long-term advancement, and protect a property when in crisis.