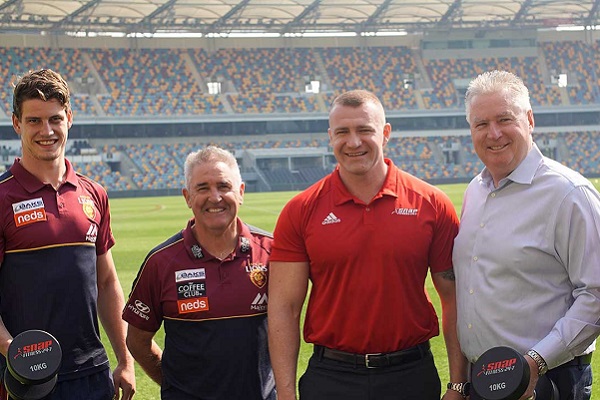 AFL club the Brisbane Lions has announced a partnership with Snap Fitness that will see the 24/7 gym chain become the Lions’ Official Membership Partner for their AFL and AFLW teams in 2020 and beyond.

Swann said the signing was a glowing endorsement of how far the Lions team has come on and off the field in the past 12 months, advising “we are thrilled a global, iconic brand like Snap Fitness, is keen to join the Lions Den.

“In 2019 our membership tally of 28,821 hit a 14-year high, so it’s fitting we have signed our first membership partner in five years.

“Snap Fitness are the right fit for our members.”

Snap Fitness have been an established, international brand for more than 15 years and boast more than one million members at their gyms across the world.

Menzies explained “we are excited to embark on this new partnership with the Brisbane Lions at a time when both businesses are poised for strong membership and network growth over the coming years and well positioned to support one another through this journey.

“There is naturally a good fit between both brands offering member based products, a community first approach and a passion for health, fitness and wellbeing.

“With Snap Fitness’s national footprint, and a national consumer base with the Brisbane Lions we have a great opportunity to support each other’s growth strategy, nationwide.”

Due to the demand for AFL Finals Series tickets, Lions 2020 memberships have gone on sale early, with more than 1,000 members already signed on for next year.