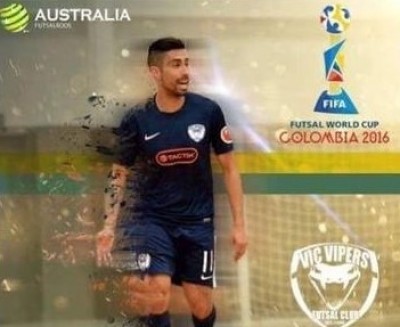 The brother of Futsalroo and former Snap Fitness Craigieburn Club Manager Jonathan Barrientos had claimed on Facebook that he was unfairly dismissed in spite of getting approval for leave to compete in international tournament.

Carlos Barrientos' widely shared post stated "Absolutely disgusting! My brother goes to represent his country, fulfil a dream & then gets fired from his job after his time off was initially approved."

He later added he would not stop "until justice is served".

A Facebook post from Snap on 22nd August (see below), but since deleted, had congratulated Barrientos for representing Australia.

However, SBS has reported that a spokesman for Snap Fitness advised yesterday (Wednesday 21st September) that its Craigieburn franchisee dismissed Barrientos for performance and conduct issues - not because he was representing Australia.

The spokesman said the issue had been dealt with through third-party mediation and Snap Fitness believed the dismissal complied with Fair Work regulations. 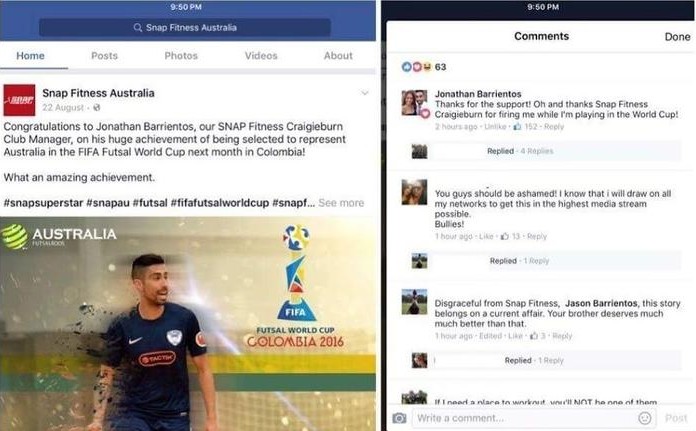 The spokesman stated "Snap Fitness Australia encourages employees and its members to strive in their personal pursuits and that planned leave had no bearing on the decision."

The spokesman suggested that the fitness chain was considering defamation action against those who made "incorrect statements" about Barrientos' dismissal, althought as companies are prohibited from suing for defamation it is not certain that this could be done.

At the World Cup, Australia missed the knockout rounds after losing two of their three group matches.

Barrientos currently plays his domestic futsal for the Vic Vipers, and the club’s general manager Garry Liakoureas said the entire situation was “unfortunate” adding that Barrientos was “the best of people” who financed his own trips abroad for club and country.

Liakoureas told SBS “Jon has represented the state and national teams on several occasions, and had to make many sacrifices along the way."