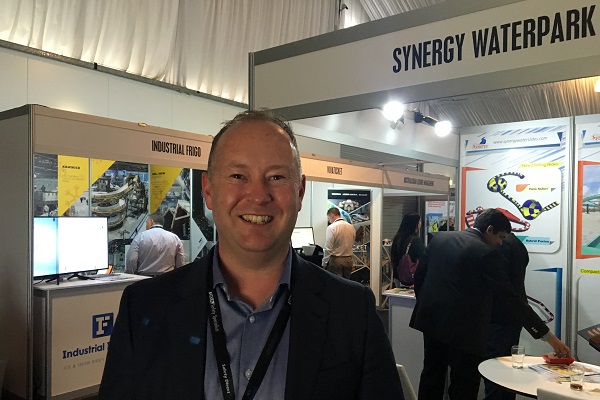 Shane McGrath, Senior Manager - Operations and Product Management at the Sydney Royal Easter Show, has been named President of the Australian Amusement, Leisure and Recreation Association (AALARA) at the Association’s 2019 Conference on the Gold Coast this week.

McGrath, who joined the AALARA Board in 2012, has worked with for the Royal Agricultural Society since 2002, moving on to work on the Royal Easter Show in 2004 and, in his current role, has been responsible for the operations of Australia's largest annual event since 2015.

Safety has been a key element of the event, with Queensland Industrial Relations Minister Grace Grace addressing the conference this morning (Wednesday).

Covering the recent introduction of new safety rules for Queensland theme parks and attractions, Minister Grace advised that a new code of practice would be introduced to back the regulations and support operators.

She also acknowledged the "extensive support and consultation" that AALARA members and the wider industry had given to the Queensland Government’s enhanced safety regime.

Members of the AALARA Board also met with Minister Grace after her address and committed to continue dialogue between the Queensland Government, authorities and the industry.

The conference’s focus on safety also saw a session on moves to harmonise Australian and global amusement ride standards.

Held yesterday (Tuesday 21st May), the session included leading safety advocates and representatives from ASTM International from Canada and the USA.

The session heard how AALARA is backing ASTN International (the former American Society for Testing and Materials) in harmonising all three all three major global standards (ASTM F24, EN TC1 52 AXCEEK and ISO TC 25) to enhance safety and ease standardisation.

Highlighting how the amusement and theme parks sector “remains the safest of industries” the ASTM International representatives advised that any interested parties can attend its Committee F24 which meets regularly around the world.

In other board movements, former AALARA President and human resources consultant Tony Lines was re-elected to the Board, filling the role vacated by former Luna Park executive Brad Loxley, wh

For more information on ASTM International Committee F24 on Amusement Rides and Devices go to www.astm.org/COMMIT/SUBCOMMIT/F24.htm

11th May 2011 - AALARA Board Elects Tony Lines as New President