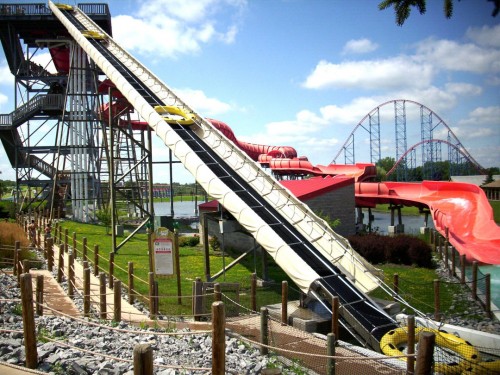 United States-based standards authority ASTM International has announced that it is to release the world’s first standard for waterpark conveyor belts.

ASTM International’s committee on amusement rides and devices (F24) has developed the first standard specifically for conveyors used in water parks. The new standard is soon to be published as F3158, Practice for Water Slide Conveyors for Rafts, Tubes, and Guests.

The focus of the new standard is on the safety of conveyors used for transportation used for water-related amusement rides.

Introducing the initiative, ASTM member Harlan Bryant, District Engineer for Hyland Hills Park and Recreation District in Denver, Colorado, USA, explained “this practice was written to provide guidance to manufacturers and regulators on the design, manufacture, and construction of conveyors.”

Bryant, the task group chair and technical lead for the development of F3158, added “the practice will also help owners understand the expected operation and maintenance requirements of conveyors used in water parks.”

The ASTM standard will likely cover conveyor belts such as those used at Dreamworld’s Thunder River Rapids ride on which four people were tragically killed in October.

ASTM International, founded in 1898 as the American Section of the International Association for Testing Materials, is a global standards development organisation that develops and publishes voluntary consensus technical standards for a wide range of materials, products, systems, and services.

The next meeting of ASTM Committee F24 on Amusement Rides and Devices will be held in New Orleans, USA from 1st to 4th February 2017.