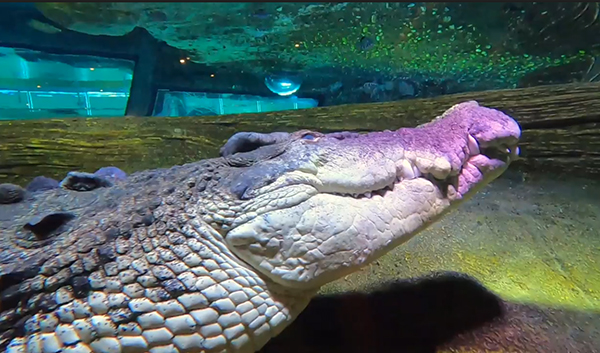 While the team at SEA LIFE Melbourne Aquarium are preparing to reopen their attraction on 18th June, they are today also marking World Crocodile Day - a global awareness campaign to highlight the plight of endangered crocodiles and alligators around the world.

SEA LIFE Melbourne Aquarium is celebrating its resident saltwater crocodile Pinjarra. Measuring in at over five metres and weighing 750kg, Pinjarra enjoyed an enrichment activity in the form of a warm shower. The crocodile, who is almost 60 years old, has been enjoying showers from the team since he arrived in 2013. This is a type of enrichment provided to encourage natural behaviours and increase physical and mental stimulation. 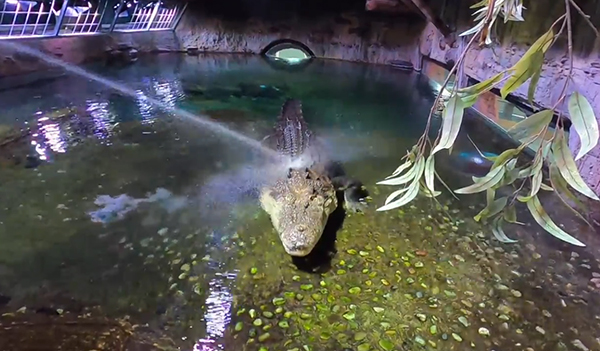 Like all the aquatic animals at SEA LIFE Melbourne, Pinjarra is an ambassador for his species, playing an important role in educating the public on the ecological significance of marine species and the need for conservation and protection.

An essential team of aquarists and keepers have continued to work onsite during the latest COVID closure period to care for their marine life. To prepare for reopening, aquarists dived into the 2.2 million litre Oceanarium to ensure the ocean display is looking perfect for tomorrow’s guests. 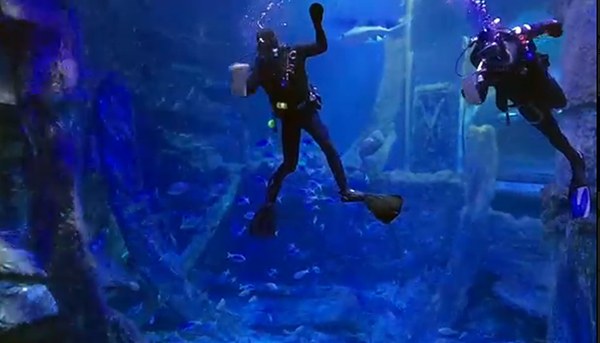 SEA LIFE Melbourne General Manager, Katie Isaac enthuses “we are excited to reopen our doors and welcome guests back to SEA LIFE Melbourne tomorrow. We have industry-leading health and safety measures in place and look forward to giving guests the opportunity to be inspired by the underwater world and its inhabitants. Our team has been working behind the scenes to care for all of the sea creatures over the past few weeks and are thrilled to have visitors again.”

Visitors to SEA LIFE Melbourne can also see a myriad of other marine species including penguins, stingrays, turtles and more. All tickets must be pre-booked online in advance.
For further information, visit: visitsealife.com/melbourne/

SEA LIFE Melbourne’s sister attraction, LEGOLAND Discovery Centre, will also be reopening to the public on Friday. The indoor LEGO playground is located at Chadstone Shopping Centre. Tickets must also be pre-booked online in advance. For further information, visit: legolanddiscoverycentre.com/melbourne/