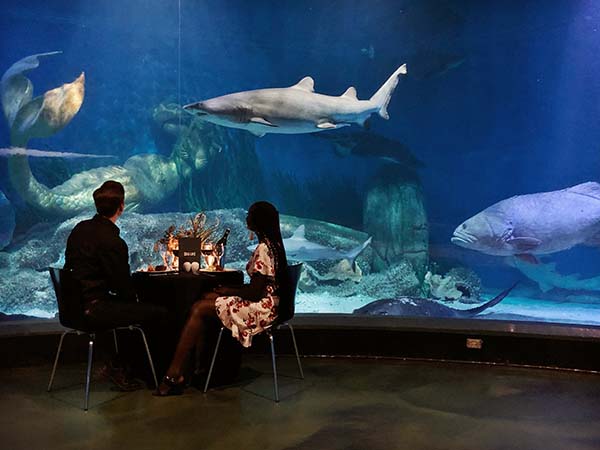 SEA LIFE Melbourne has launched a suite of tailored services for guests wanting an extraordinary aquarium experience. The services being offered include private dining surrounded by sea creatures; VIP tours with a marine biologist; and a magical underwater proposal package.

Private Dining
The private dining experience includes an after-hours, self-guided tour of the aquarium, followed by an intimate dinner where guests have one of the aquarium’s spectacular zones all to themselves. Guests can enjoy a three course meal and unlimited beverages, making for a memorable dining experience with unparalleled underwater views.

There are three Private Dining packages to choose from, depending on the guest’s location choice:  Dining with an array of tropical fish or beautiful weedy Sea Dragons; or with the colony of sub-Antarctic penguins; or among the sharks and stingrays. 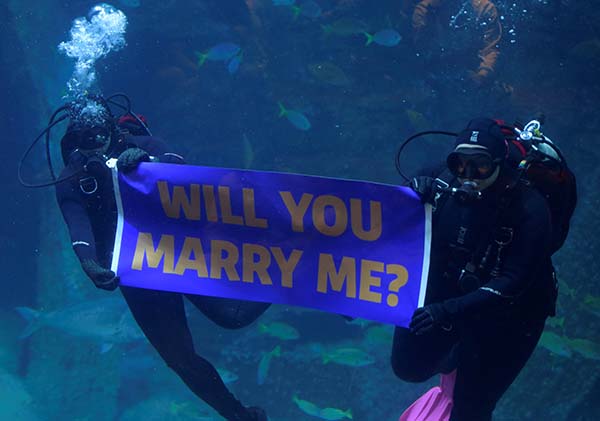 VIP Tours
Guests can take a VIP Tour through the aquarium with a marine biologist leading the way! The tour offers both a behind the scenes look at how the sea creatures are cared for and also an exclusive Glass Bottom Boat experience, providing a rarely-seen view of SEA LIFE Melbourne’s largest oceanarium from above!

For more information on these new experiences go to www.melbourneaquarium.com.au/events