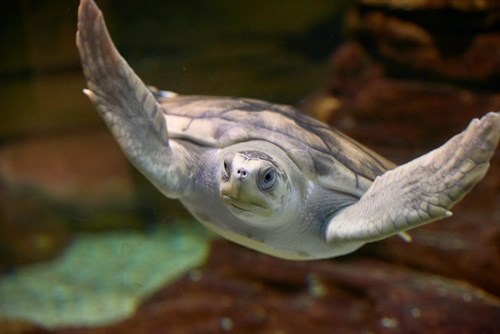 SEA LIFE Melbourne Aquarium has introduced Thorpey and Moana, two Flatback Sea Turtles into the aquarium’s turtle rescue zone where they are acting as ambassadors raising awareness of the countless threats facing this magnificent but endangered marine species.

Thorpey was given his name for his speedy swimming while Moana translates to ‘ocean’ in Maori.  Both turtles are enjoying their new home, which also educates guests on the plight of these animals in the wild, the different species of sea turtles and the biggest threats to each species.

Thorpey and Moana were rescued from Curtis Island in Queensland and have become part of an important research project to help understand the behaviour of sea turtles. The turtles, both of whom are unfortunately unfit for release to the wild due to health reasons, have been waiting patiently behind the scenes to make their grand entrance on display at SEA LIFE Melbourne. 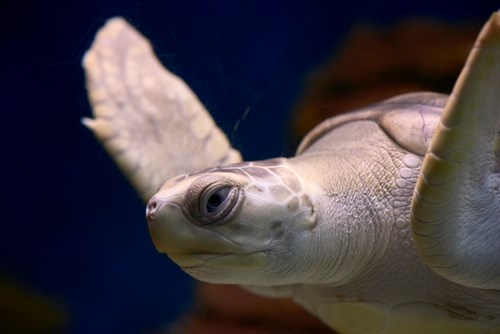 “Thorpey and Moana are an excellent reminder of the innumerable dangers sea turtles face in the wild. Nearly all species of sea turtle are currently classified as threatened or endangered due to plastic pollution, by-catch and coastal development,” said Sarah-Jane Tilbury, General Manager at SEA LIFE Melbourne.

“Thorpey and Moana are educating SEA LIFE Melbourne visitors about the actions they can take to help protect sea turtles, such as trying to avoid single-use plastics and helping clear rubbish from our beaches,” continued Tilbury.

Together SEA LIFE Melbourne and SEA LIFE Trust run a rescue, rehabilitation and release program, which has successfully rehabilitated 14 sea turtles. SEA LIFE Trust is also working on a sea turtle conservation project in Timor Leste, where the team is monitoring and protecting turtle nests from egg poaching.