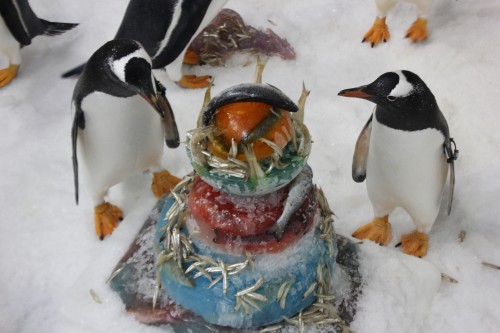 The penguin population at SEA LIFE Melbourne Aquarium have been treated to a party in their sub-Antarctic playground, in anticipation of World Penguin Day on Monday 25th April.

The cheeky Gentoo and King penguins were treated to party treats such as a rainbow ice-cake, fishy jelly desserts and penguin favourite- a bubble machine, in celebration of their special day.

“We celebrate World Penguin Day to draw attention to the plight of penguins in the wild and to promote ocean conservation. Our cutest residents deserve to be spoilt and what better time to do that than their very own day.” 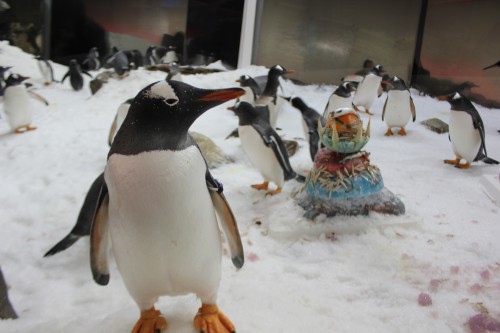 The internationally recognised, World Penguin Day marks the annual northward migration. Adelie penguins start migrating on the 25th April every year to escape the long, dark days of winter in the Antarctic. This special day is celebrated worldwide even though penguins are predominantly found in the Southern Hemisphere.

SEA LIFE Melbourne Aquarium Gentoo and King penguin breeding programs are among the best in the world, thanks to many successful breeding seasons. The newest additions to the group are two King penguin chicks, named Derrick and Arthur. 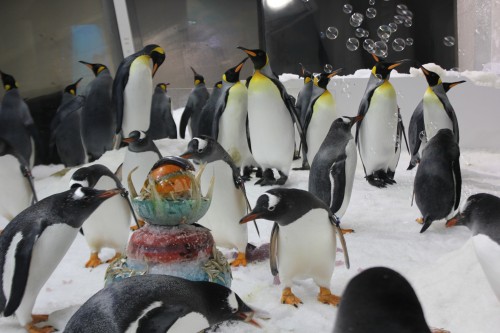