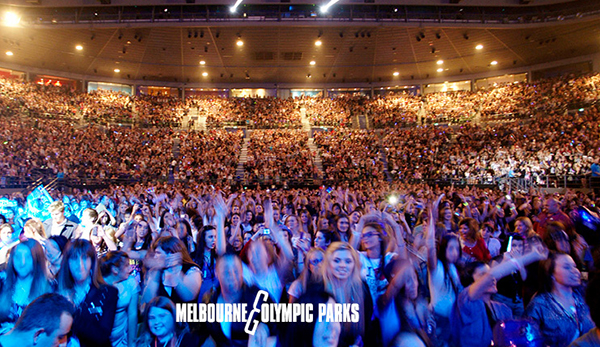 International music magazine Billboard has named Melbourne's Rod Laver Arena as one of the world’s top 10 highest grossing venues over the past decade.

Built in 1988, Rod Laver Arena is in the company alongside global venues including the O2 Arena in London, New York’s Madison Square Garden and the Staples Centre in Los Angeles.

The venue welcomed 700,000 patrons through the turnstiles in the past year and has played host to more than 600 shows over the past 10 years, including P!NK’s record breaking run of 11 consecutive shows in front of 150,000 fans last year.

Melbourne & Olympic Parks Trust Chief Executive, John Harnden advised "we are delighted that Rod Laver Arena finds itself in such esteemed company alongside some of the world’s most iconic venues.

“Thanks to the versatility of our venues and the expertise of our staff, the precinct hosts hundreds of diverse events throughout the year and Rod Laver Arena is no exception. Over the coming weeks it will host Elton John and The Wiggles, before the Australian Open kicks off in January.

“What makes this achievement even more impressive is that it has been done while managing construction of the $972 million Melbourne Park Redevelopment, none of which would be possible without the ongoing support of the Victorian Government.”

This builds on Rod Laver Arena ranking fifth in Billboard’s Arena Power List earlier this year (highest grossing venues for 2019), highlighting its versatility and the fact that it can ‘be configured for capacities of 16,800 in the round, 13,500 in end-stage concert mode and 7,000 in reduced concert mode."

"Pollstar, the leading trade publication for the international live entertainment industry, also recently named Rod Laver Arena as the third most popular venue (10,001-15,000 Capacity) worldwide based on ticket sales over the past decade."