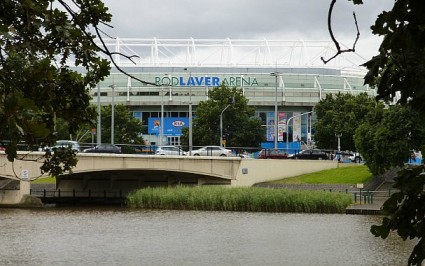 Melbourne's Rod Laver Arena and Sydney' Allphones Arena have both been named as finalists in the prestigious 2011 Billboard Touring Awards, 'Top Arena' category.

Honouring the concert industry's top artists, venues and professionals for the year, the Billboard Touring Awards are based on Billboard magazine's 'Boxscore' chart and actual box office performance between 1st October and 30th September each year.

Through the duration of the 2010/11 chart, the Rod Laver Arena hosted some of the hottest world tours including Metallica, Bon Jovi, Usher, Katy Perry and The Eagles.

This is the third year in a row that the Sydney venue has been a finalist in the Billboard Awards, with London's O2 winning in 2009 and 2010.

In previous years Madison Square Garden in New York had been the winner.

Rod Laver Arena and the AEG Ogden-managed Allphones Arenas are two of three finalists in the 'Top Arena' category, the O2 Arena in London being the third.

Brian Morris, Chief Executive of Rod Laver Arena manager Melbourne and Olympic Parks is delighted that the Melbourne venue is being recognised as having a global position among the top arenas in the world, stating "we are very honoured to be in this company and recognised by one of the most respected music magazines Billboard.

"Our concert business has continued to grow since we opened more than 23 years ago, Rod Laver Arena has become the number one Australian concert venue.

"Melbournians love music, they are eager to embrace the tours that come to our venue and this is reflected in our strong ticket sales. We would like to thank all of the promoters who bring these amazing tours to our venue, and all the fans who purchase the tickets and keep coming back for more."

In Sydney, Allphones Arena General Manager Paul Sergeant explains that "the past 12 months has provided music lovers with an incredible array of global superstars. We are thrilled to be nominated for a third consecutive year and, along with our colleagues from Melbourne, it shows just how strong and well regarded the live music scene is viewed around the World. We're here to serve all and thank our promoters for their fantastic support."

The Billboard Touring Awards, presented by Wells Fargo Theatre, will be presented in New York tonight.