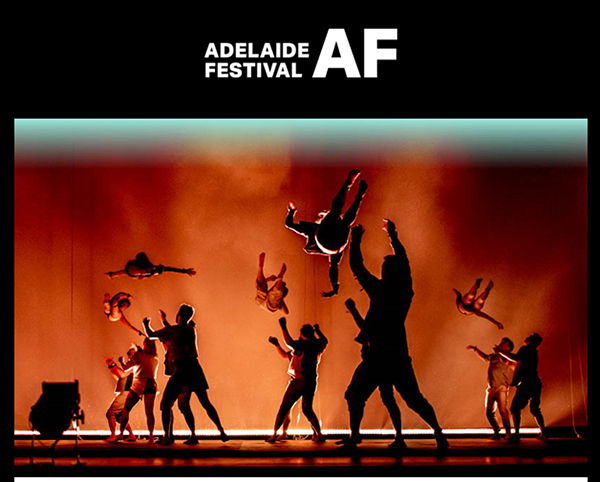 A 2021 Economic Assessment report by Barry Burgan on behalf of Economic Research Consultants, commissioned by the Adelaide Festival has revealed that the 2021 Adelaide Festival generated an estimated gross expenditure of $42.5 million for South Australia.

At the conclusion of the Adelaide Festival in March, it was announced that it achieved a total box office income $3.93 million, despite the challenges of border closures, COVIDSafe plans, reduced theatre capacities and last-minute changes. While free attendances were down significantly on 2020 – largely a result of programming in response to pandemic constraints around crowd sizes and space limitations, ticketed attendances were only 16% lower relative to 2020.

Executive Director Elaine Chia added “It is wonderful to learn about the economic impact the 2021 Adelaide Festival had on South Australia. It was a festival like no other and reflecting on it three months later, we are still incredibly thankful, in awe and relieved at what transpired. Not only did Adelaide Festival again prove its importance to the South Australian economy through local employment, ticket sales and attendances, but also through the ever important contribution that a festival brings to the cultural life of a community.”

The stand-out events were Robin Frohardt’s The Plastic Bag Store all the way from New York City which drew a crowd of over 12,000 across the festival; Sally Walker’s intimate 1:1 CONCERTS Series which sold out immediately and Gravity & Other Myths’ acrobatic and choral masterpiece The Pulse was a crowd favourite selling out all seven shows. The innovative Live from Europe series which was beamed from European stages to audiences in Her Majesty’s Theatre inflected the program with great international theatre, dance and classical music, while Jessica Mauboy’s free outdoor opening concert had people dancing in their seats COVID-style, at Adelaide Oval.

The 2021 Adelaide Festival by numbers: