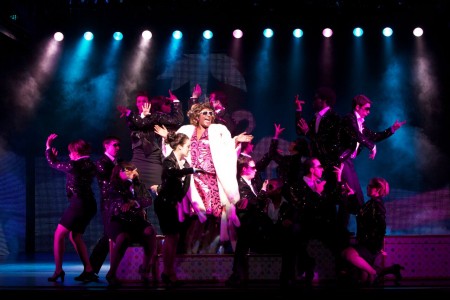 The Adelaide Festival Centre has launched what it describes as an “eclectic and electric” 2016 season program, featuring more than 671 artists, in 234 performances throughout the year. With international artists from the UK, Spain, Russia, Germany, Ukraine, The Netherlands, USA, China and Italy, as well as more than 580 Australian artists including over 300 from South Australia. The 2016 season showcases five world premieres, five Australian premieres, 15 Adelaide premieres and 10 Adelaide exclusives.

Introducing the season, Adelaide Festival Centre Chief Executive and Artistic Director Douglas Gautier explains “the launch of our new season program is always an exciting time and 2016 is no exception. The thrill of live performance is enduring and 2016 is full of performances and exhibitions that will entertain and inspire our audiences.

“Our new season’s program is truly diverse, and includes new collaborations with South Australia’s premier performing arts companies as well as an abundance of Festival action – our own Adelaide Cabaret Festival, Adelaide Guitar Festival and OzAsia Festival all return with dynamic programs in 2016.

“As ever, we are committed to supporting the delivery of shows that wouldn’t otherwise be seen in South Australia and next year we’ll be co-presenting some of the world’s best touring commercial works and musicals. Audiences can look forward to a huge year of arts and entertainment ahead.”