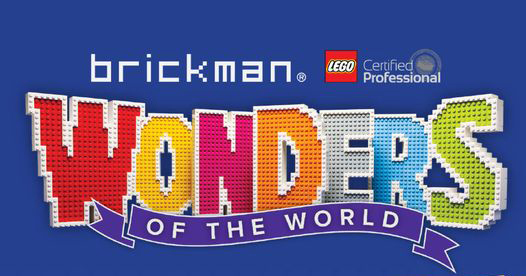 The Queensland Museum has seen pre-sale records - 7,400 tickets sold in only two weeks - for its Brickman LEGO® exhibition featuring 50 displays and more than 1.3 million LEGO® bricks.

Queensland Minister for the Arts Leeanne Enoch notes “at a time when we cannot travel to see the wonders of the world ourselves, this exciting exhibition is the just the ticket to see international icons without leaving Brisbane.

“This exhibition promises to be a hands-on journey through history with these LEGO brick masterpieces, including Big Ben, The Titanic, The Space Shuttle, The Great Wall of China, the Pyramids of Giza, the Arc de Triomphe and Queensland’s own natural wonder of the world, the Great Barrier Reef.

“Visitors will also be able to get into the fun, as the exhibition will feature one million LEGO bricks for people to build their own creations.”

Queensland Museum Network Chief Executive Dr Jim Thompson added “It doesn’t matter what age you are, if you’re a master builder or just beginning your LEGO story, Brickman Wonders of the World will take you on a journey that will inspire your imagination.

“This is your chance to explore history’s greatest masterpieces, brought to life by LEGO professional and LEGO Master’s Australia judge, Ryan ‘Brickman’ McNaught.”

McNaught said he was excited to see the iconic LEGO Masters Australia Space Shuttle on display.

“Standing at 4.5 metres high – it certainly fits the criteria of a wonder of the world!”

Lego looks to sustainable alternative plastic
Lego is aware of the environmental issues surrounding its blocks which have been made of acrylonitrile butadiene styrene, or ABS since 1963 and, like many other manufacturers, is looking to fossil-free alternatives that are less polluting to the environment.

The hydrocarbon butadiene is derived from chemicals distilled from petroleum. Lego selected ABS as its material of choice for its structural strength and low chemical reactivity, its glossiness, its ability to incorporate vibrant colour pigments evenly within the material, and its capability to be extruded and moulded to create their interlocking shapes.

The robustness of ABS means that Lego bricks survive generations of play by both children and adults, with very little degradation or damage, even when you accidentally stand on them in the dark. While this indestructibility was one of the great selling points of plastics when they were first embraced as the future of manufacturing, we now better understand the issues that such persistent materials pose to our environment. It is for this reason that Lego, like many other manufacturers, is looking to fossil-free alternatives that are less polluting to the environment.

By researching plant-based plastics, Lego had hoped to join the likes of Vegware, with its compostable alternatives to plastic cutlery and food containers. Lego hopes to find a plant-based alternative that will not degrade over time, but will last for many generations of play.

Brickman Wonders of the World will open at Level 3 Queensland Museum on Friday 18th June and runs until 4th October.

For more information and to purchase tickets, visit qm.qld.gov.au/brick